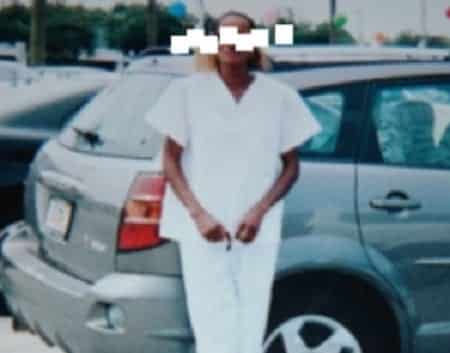 A Kenyan woman in the US who lost contact with her family seven years ago has reportedly been traced.

Beatrice Adhiambo Olwal, alias Betty Olual, had last talked to her family in October 2013 by phone and they have been unsuccessfully looking for her since then.

The family had not heard anything about her until last year when an article dated August 2nd, 2019 popped up on google search indicating that she had been sexually assaulted in Jacksonville, Florida.

Beatrice told Jacksonville Police that she was raped outside the First Baptist Church downtown on July 23rd, 2019 moments after she was dropped off by a taxi.

As she walked along the pavement by the church at around 1.30 am, she was approached from behind by a man riding a black mountain bike. The man allegedly dropped his bike, held her at gunpoint, and sexually assaulted her before fleeing on his bike.

Beatrice went to a nearby hospital at 2:38 am, where she narrated her ordeal to health officers.

“What happened is unnerving. I stay near the church because I feel secure there,” she is quoted by a local station that described her as homeless.

A police report said the suspect was identified as Derek. “Officers went to the scene and found a wristband on the sidewalk next to the church,” noted a police report.

A woman told police she was sexually assaulted outside the First Baptist Church downtown, according to a report from the Jacksonville Sheriff’s Office.

The woman told police on July 23 she was dropped off by a taxi near a bus station and was walking along the sidewalk by the church when she was approached from behind by a man on a black mountain bike.

According to the report, around 1:30 a.m., the woman said the man dropped his bike, walked up to her, held her at gunpoint and sexually assaulted her. He then left the area on his bike.

The woman told police she walked to a nearby hospital and checked in at about 2:38 a.m., where she told staff what happened. Officers noted in the report the man went by the name Derek.

The report noted that officers went to the scene and found a wristband on the sidewalk next to the church.

“You’ve got to be cognizant of your surroundings,” said News4Jax crime and safety analyst Ken Jefferson. “You’ve got to walk with a purpose. You have to be determind to walk from point A to point B.”

The woman described the man as dark skinned and muscular, and between the ages of 30 and 35. She told police he was between 5 feet 5 inches and 5 feet 8 inches in height and weighed between 160 and 170 pounds.

She told police the man was wearing a red tank top, blue jeans and black tennis shoes. He had tattoos covering both arms.

A statement from First Baptist Church reads in part:

“Our church is locked and secured at night, and we have security present during our work hours. We work with JSO to provide a safe place for worshipers. We are grieved by such horrendous acts of violence.”

Betty Olual, who is homeless, frequents the area. She said what happened is unnerving and that she stays near the church because she feels secure there.

According to the Jacksonville Sheriff’s Office’s crime mapping tool, there have been 61 crimes reported within a half mile area of the church in the past month. Those crimes include assaults, burglaries and thefts.

Anyone with information about the assault can make an anonymous tip to Crime Stoppers by calling 1-866-845-TIPS.

Video:James Bond Escorting The Queen To The London Olympics 2012