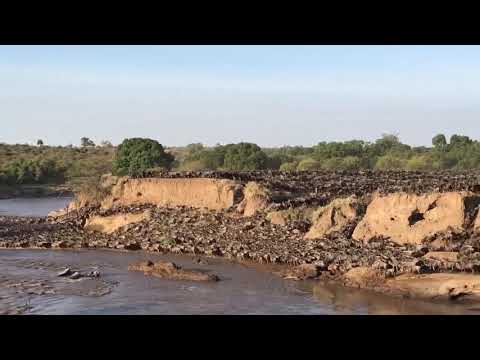 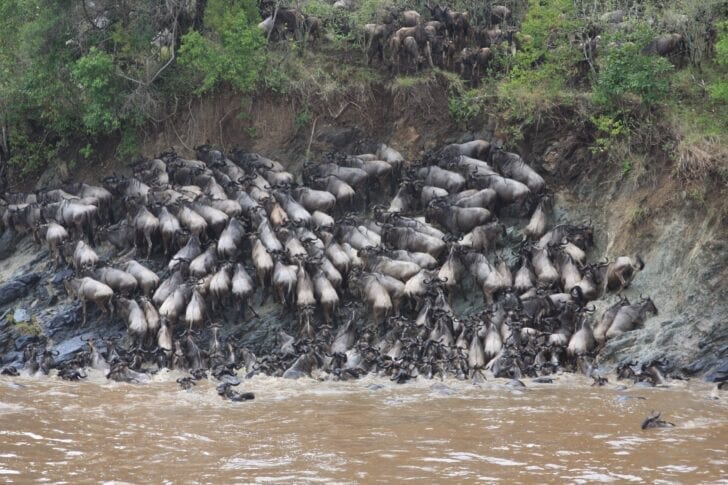 August 23, was a tragic day at the world famous Maasai Mara national reserve as over 300 wildebeests drowned in the Mara River during a tragic stampede.

“I have lived in the Mara for the past ten years and this is by far the worst I have ever seen. It is very distressing for people who have been working to prevent poaching to see such large numbers of animals wiped out in a matter of days,” Maasai Mara Deputy Chief game warden Eddy Nkoitoi told the media.

He further revealed that the stampede most likely happened after the lead bulls chose the wrong point at which to cross the river.

Consequently, the undercurrent proved too powerful for the migrating herd.

Revealed: How Hell’s Gate got its name-The history of…

“All the wildebeests that came from the back stepped on the first ones down and so on, hundreds died, giving hundreds of crocodiles and vultures more than they can chew,” Nkoitoi explained.

From documentaries to real life, the mass carnage of the wildebeest in migration is a natural phenomenon that remains the world’s largest terrestrial animal migration.

However, the death of 300 in a single day is an incident that goes beyond the threshold that holds the ecosystem in perfect equilibrium.

KWS rangers led by Nkoitoi braved the treacherous waters and saved as many calves as they could.

Every year,1.2 million wildebeest make a clockwise migration loop around the Serengeti – from the Serengeti National Park in Tanzania to the Maasai Mara National Reserve in Kenya, and back, thousands die.

Research shows that 6,250 carcasses (estimate to weigh as much as 1,100) enter River Mara every year during the great migration.

The mineral composition of the carcasses showing how they provide nutrients for the fish, the animals and the aquatic life.

A carcass is 44% bones and 56% soft tissue which is the muscle, the organs and the skin. Bones are high in phosphorus, nitrogen and carbon and take about seven years to decompose while the soft tissues take about two weeks to a month to rot.

The carcasses also provide food for the avian scavengers such as the Marabou storks and vultures in one of the most efficient eco-systems on the planet. 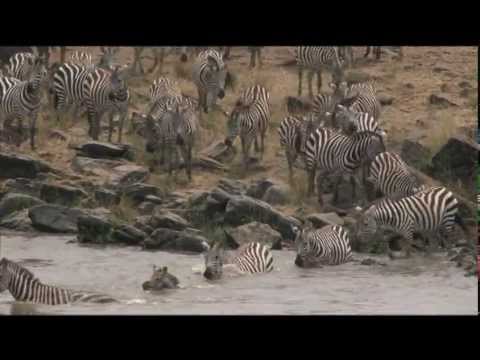