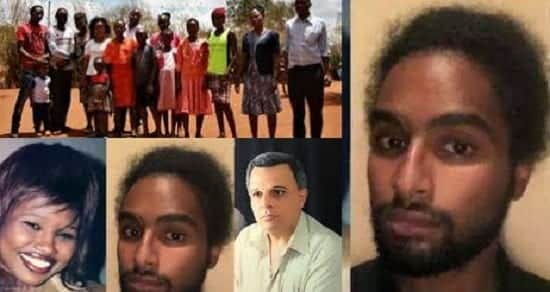 A Kenyan based in Lebanon has traced his roots to Makueni County after the Nation published an open letter in which he detailed his plight.

The family secretly left the country for Beirut in 1995, leaving Mueni’s relatives in askance.

The Nation highlighted the young man’s desperate attempt to trace his Kenyan roots at a time when his Kenyan relatives had almost given up their quest to reconnect with his mother, not knowing she had died.

According to Mr Ahmad’s account, Mueni took her own life after years of mistreatment by her husband, leaving behind a disillusioned son, a naïve daughter and fond memories.

Her Kenyan relatives and friends are yet to come to terms with her death.

“We learned about my sister’s death through the Nation’s article,” Mueni’s sister Lucy Kaluki said on Tuesday at their home on the fringes of Kaunguni Township in Makueni County.

The extended family has been receiving troops of distant relatives and neighbours since Sunday.

“The governments of Lebanon and Kenya should help rescue our daughter’s children from their abusive father. They should facilitate Alexander’s travel back home,” Mueni’s brother Nicholas Makiti said, echoing his elder brother, Mr Fredrick Kavai, who was inconsolable.

They last heard from her in 2002 when she wrote to her siblings and friends.

In one of the letters, which the family now treats as a memento, Mueni apologises for leaving Kenya unceremoniously.

She also wanted to be updated on the welfare of the family and two of her friends who were her classmates at Kaunguni Primary School.

The two, Regina Kaveni and Mbula Mung’uli, are a banker and teacher, respectively.

“Nimuseo vamwe na mwana wakwa Alex na muse wakwa Ahmad (My son Alex, my husband Ahmad and I are doing well). I love and miss you a lot,” states the letter dated November 23, 2002 and addressed to Ms Kaluki.

Mueni wrote her Kenya Certificate of Primary Education in 1985 and then joined St Joseph’s Girls’ High School, Kibwezi, from where she graduated in 1989, according to Mr Michael Mutisya, who was her class teacher at Kaunguni.

Her cousin and confidant, Mr John Moli, termed Mueni an outgoing woman who was passionate about tourism and empowering her siblings.

“Long before she got engaged to the Lebanese, she had introduced a Briton to the family. We expected she would be married to the European,” Mr Moli said.

She had secured Mr Kavai a job at an Iraqi ship that docked at the Mombasa port for a long time.

“We worked under the man who stayed with my sister. He was warm at the workplace but he turned very hostile every time we visited the sister at their rented home near Likoni. My mother died while expressing concerns that the Lebanese used to abuse her daughter,” Mr Kavai recounted, confirming what his nephew said about their Lebanese brother-in-law.

Those who went to condole with the family included Nguumo Chief Tobias Mutuku, who confirmed that Mueni was born and brought up in the neighborhood by peasant parents who later died.

He said he escalated the matter to Makindu Deputy County Commissioner James Kamau and promised to follow up to ensure closure for the family.

Alexander confirmed that he had gotten in touch with his aunt, who showed him a letter his mother wrote to her years ago.