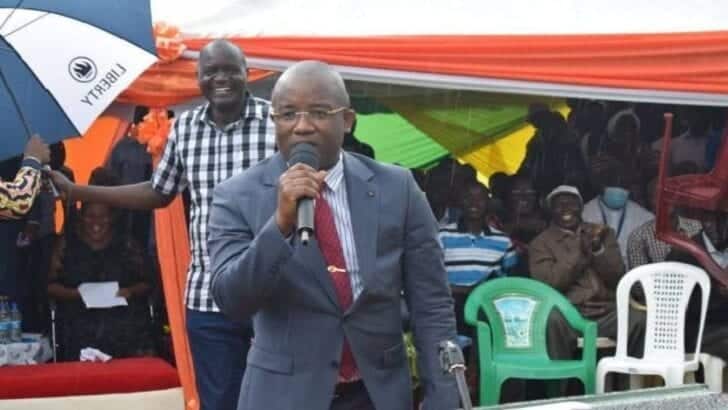 The suspected gold fraudster faulted the deputy president’s movement saying it is a political scheme to lure them and then dump them after 2022 polls.

Jared accused Ruto of taking the youth for granted saying the Hustler movement cannot transform the lives of the youth.

“Giving someone a wheelbarrow and hand-driven cart cannot change their lives. Why can’t he empower the youth better through systems in the government?” Otieno posed.

“We respect Dr Ruto as our deputy president but let him stop taking youth for granted. Let him respect the youth. His actions portray him as someone who is seeking political support from the youth without helping them,” he added.

Jared Otieno spoke during a consultative forum for Jared Otieno Foundation at his Thuon Gweno village home in Ndhiwa constituency on Sunday.

Otieno who is eyeing the Homa Bay gubernatorial seat called on the youth in the county to give elected leaders time to serve.

“The youth will be perceived as people who like chaos for no reason if they start criticising the serving elected leaders. Give the leaders time to serve the people so that they don’t blame anybody in case of failure,” he said.

PHOTOS: Inside the flashy life of businessman Jared Otieno