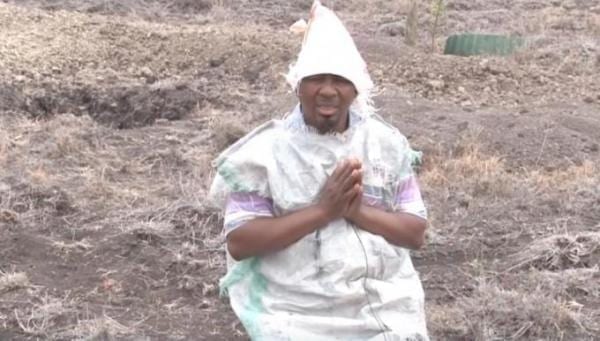 Whether the usual drama or truly crying to God, controversial preacher Apostle James Maina Nganga is seen in a viral video crying to God and telling God that the Church is empty. It is not know if pastor Nganga was making a general prayer for all churches that they are empty because of Coronavirus virus or he was talking about his own church being empty.

Pastor James Ng’ang’a was born in 1954 and didn’t have an easy ride. At the age of 18, he was already on the wrong side of the law leading to his first arrest. From then, he became a jailbird and was detained in a few prisons with Shimo La Tewa being one of them. While in prison, James gave his life to Christ and became a street preacher in the 1990s upon his release from prison.

Another physical fight over a debate in Nairobi county assembly