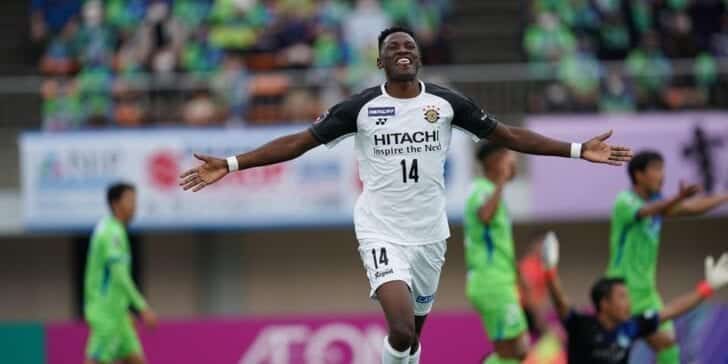 Oliveira used his hand in front of South Korean goalkeeper Kim who missed the ball as it rolled into the net. The referee did not spot the incident thus the goal stood.

However, he atoned for his earlier misses in the 79th minute when he got a defense-splitting pass in the box from Japanese midfielder Ataru Esaka and unleashed a thunderbolt past advancing goalkeeper Masaaki Higashiguchi.

Moments later, Olunga went down after he clashed heads while vying for an aerial ball with a Gamba Osaka player but returned to the field to continue with the match.

Hopes of Kashiwa getting a point from the fixture suffered a blow when Ademilson restored Gamba’s lead in the 89th minute.

Despite the loss, Olunga remains top of the scorers’ chart with 23 goals with his closest challenger being Brazilian Everaldo of Kashima Antlers who has 13 goals.

“I’m sorry I couldn’t win…I will do my best again,” read Olunga’s post on Twitter apologising to Kashiwa fans for the loss.

Kashiwa’s second consecutive loss leaves them eighth with 37 points and in danger of dropping to ninth if Urawa see off Cerezo later on today.