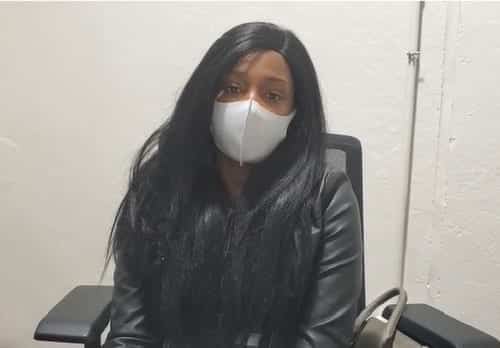 A Kenyan born immigrant, Maria Samantha Mungai is fighting to regain parental rights of  her 7-year-old daughter. The 26-year-old  woman from Kenya last visited her child more than a year ago. Watch video below:

Last year 2019, a Clay County circuit court judge Kathryn Elizabeth Davis, terminated Mungai’s parental rights after a years-long battle over who was best-equipped to raise the child. Maria’s daughter had been placed in a foster home on November 2018 where she has been. According to Kansas Star newspaper, a permanency review hearing is scheduled for Thursday but Maria is not allowed to participate.

The legal battle began more than three years ago when Maria’s then-4-year-old daughter was placed in protective custody. The child was found home alone while her mother was working an overnight shift as a dancer.

Maria’s court-appointed attorney had requested  the Missouri Supreme Court to hear the case after the Missouri Court of Appeals, Western District, confirmed the lower court’s ruling but the request was recently denied. The big question now is why  the juvenile officer or caseworker would praise a parent for their effort, yet still seek to revoke their rights as a guardian.

Uproar: Was it wrong for CJ Maraga to attend Uhuru rally in Kisii?