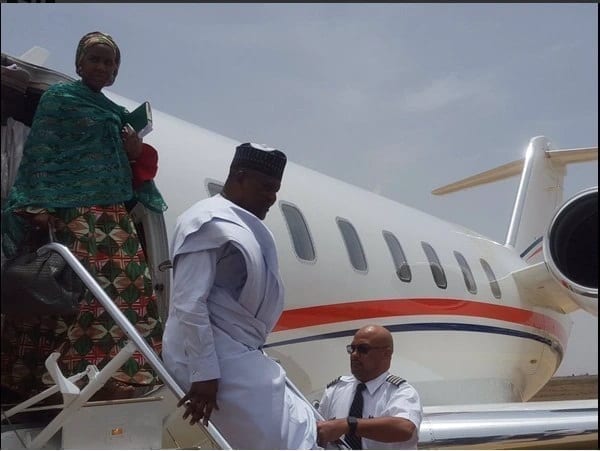 Donald Trump, the 45th President of the United States is arguably the richest individual to have risen to White House in history. According to Forbes, President Trump’s net worth is estimated to be USD2.1 Billion.

However, Aliko Dangote was named for the ninth time Africa’s richest man. His net worth, according to Investopedia is USD10.9 billion, meaning he is wealthier than United States president. Dangote is ranked at position 162 among richest people in the world.

The Nigerian businessman nurtured his entrepreneurial skills at a young age and is said to have started building his future from a loan given to him by his uncle. Dangote’s fortune is largely linked to his company; Dangote Cement to which he own 85 percent of the shares through a holding company.

Aliko Dangote, apart from the Dangote Cement, owns a sugar refining industry which in 2020 was ranked as the third largest in the world.

Focusing on his luxurious items, Aliko Dangote is said to own an expensive private jet.

Bombardier’s Global Express XRS jet from Canada is the one. It is reported to have been bought with about $45 million.

The plane is ranked as among the most reliable in the world, and despite holding only upto 8 individuals, it can fly for long distances non-stop; say from Nigeria to China.

Apart from owning planes, Dangote is said to be owning motor vehicles, some of which are among the most expensive in the world.

Here is a list of Aliko Dangote’s vehicles and their prices.

The price of Maybach 57S Knight luxury is reported to be N364 million.

Bentley Mulsanne was bought at a whopping price of $310,000.