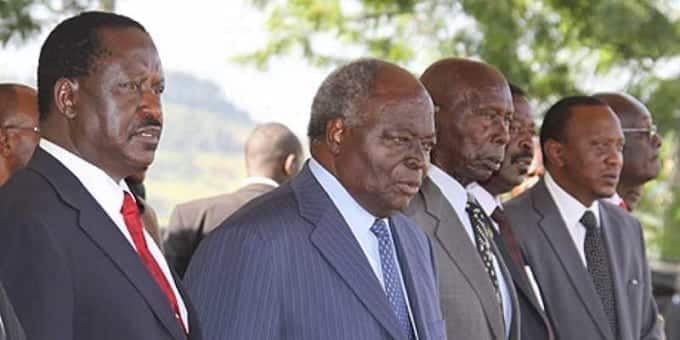 According to the survey conducted by Forbes, an American Magazine that carries research on World Billionaires. Not many Kenyans feature in the Top Billionaires list in the World. However, that does not mean we don’t have billionaires in Kenya. Below is a list of the top 10 richest families in Kenya.

This is the family of the founding father of the Nation, Mzee Jomo Kenyatta and the current president of Kenya; Uhuru Kenyatta. Research revealed that the family owns land equal to the whole of Nyanza Province. The Family has invested in Agriculture, Banking, Tourism, Mining, Transport, Energy, Real Estate, Telecommunication, and Insurance.

Philip Moi, another son of Moi has an estimated wealth of approximately Ksh 52 Billion and controls more property than his brother Gideon. As if that’s not all Moi further owns Gateway Properties inc, Paradise Holdings, Sheraton Holdings, Hahuru Investors, General Commodities Dealers,  Kiharu Investors, Concord Holdings, Panafion Engineering, Tiger Farm Ltd and Ectar Kenya Ltd.
Besides all Philip Moi is a close friend of Prince Hamid of Brunei but his precise investments in the Sultanate are unknown. Moi also has invested in Education e.g. Moi High School Kabarak and Kabarak University. To paraphrase Moi’s Asset if we were to name all of it it cover  a booklet or so…
In Land ownership Moi is the second after Kenyatta Family.

The late skillful Businessman accumulated power and established an enviable business empire touching on almost every sector of the Kenyan economy. He invested in energy, tourism, mining, real estate, telecommunications, air transport, construction, and agriculture. Reports said that he left more than 35 companies after his death.

Philip Ndegwa was a Kenyan economist, entrepreneur, former Governor of the Central Bank of Kenya. His family is considered to be the family with well spread out assets in the country. The Family has invested in Agriculture, Industry, Transport, Banking, Insurance, Air Transport and Real Estate.

The late Njenga started as a charcoal seller, then opened up a restaurant and has risen to be counted in a class of billionaires. When compiling this list, we  discovered that this man from Kiambu invested in Agriculture, Real Estate, Banking, Tourism and Insurance.

This man from Kisii is the 7th richest person in Kenya. The former outspoken politician started a small bakery and through Sansora holdings he has minted billions. He has invested in Agriculture, Industry, Insurance (Kenindia) , Banking, Real Estate, Transport and Telecommunication. He has the biggest ranch in Australia, Tea Farm in Zimbabwe and South Africa.

Chris Kirubi is a media mogul,  Director at Centum Investments, a business conglomerate, in which he is the largest individual shareholder.

This another media mogul  who has invested in telecommunication, Banking, Agriculture, Transport, Insurance and Real Estate.

The 3rd president of Kenya has invested in Tourism, Banking, Real Estate, Agriculture, Insurance and Telecommunication. He is the 3rd in the land ownership in Kenya.

Kibaki was willing to meet Mkapa but Not Koffi Annan

SURPRISE AS CCM PICKS RAILA’S ALLY AS ITS PRESIDENTIAL CANDIDATE