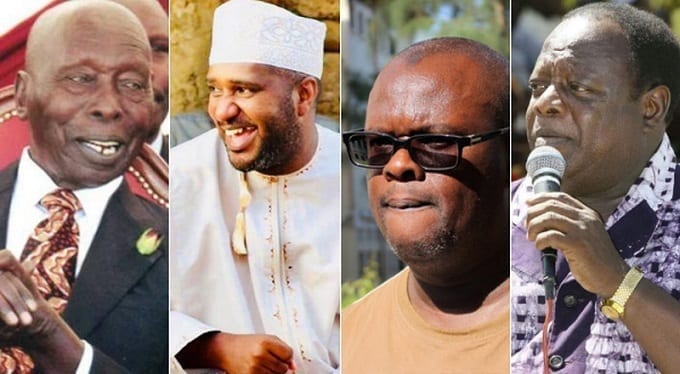 Aside from the global Covid-19 pandemic, the year 2020 goes down in history as a year that saw many of Kenya’s great men and women breathe their last.

Pulse Kenya remembers these politicians who made history before their demise.

Former President Daniel Arap Moi
Kenya’s second president passed away on February 4, 2020 after months of reported trips to the hospital. He was buried on February 12, 2020 in a state funeral after lying in state for three days.

Kabuchai MP James Lusweti passed away on December 4, 2020 after a long battle with gout and arthritis complications.

Nyamira Governor John Nyagarama
Nyamira County Governor John Obiero Nyagarama passed away on the morning of December 18, 2020. According to his family, the Governor had been admitted at the Nairobi Hospital for several weeks.