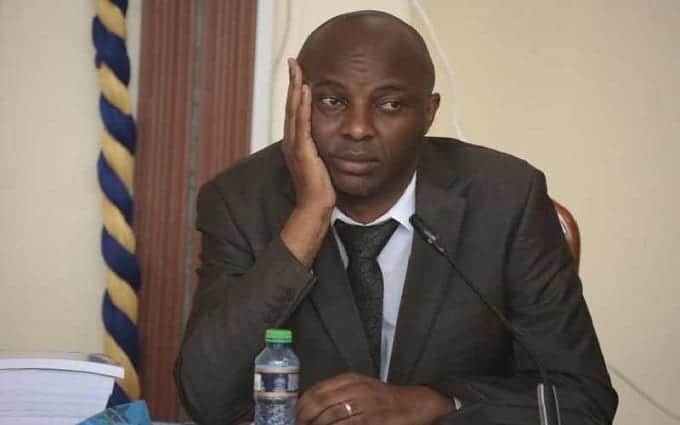 A senior Jubilee leader has penned a candid letter to President Uhuru Kenyatta detailing how the referendum drive has faced resistance in central Kenya and called on him to take charge of the campaigns.

The letter by Senate Majority Whip Irungu Kang’ata, which is copied to Jubilee Secretary General Raphael Tuju, is couched in terms of execution of the duty he owes his party to be truthful on matters relevant to his mandate.

Mr Kang’ata is part of the new party leadership that benefited from and executed a Jubilee purge mid-last year. In the letter he says that despite the many good provisions the Building Bridges Initiative (BBI) has accorded the central region, it is not all smooth sailing.

“The BBI contains many benefits for the region, which, if it fails, may be lost forever. There is no guarantee that a new regime, where ‘our son’ is not on the driving seat, will offer these benefits to the region,” he says.

The benefits he lists include the creation of new constituencies, embedding the ‘one man, one shilling, one vote’ principle in the Constitution, and dedication of more resources to the counties.

If BBI fails, he says, the region’s smaller constituencies like Mukurwe-ini, Othaya and Mathioya will be scrapped by the electoral body for failing to meet the requisite population quotas set by Article 89 of the Constitution.

And the new third-generation counties revenue sharing formula, which granted fair weight to population, will be negated because it was predicated on the increment of devolved funds, he says. The latter could be remedied through policy intervention, but he warns that this cannot have the same effect.

“Better resourced counties with a just and fair constitutional revenue sharing formula are a better insurance for the welfare of the Mt Kenya region in the period post your good regime,” he says.

Kang’ata claims all the gains to Central notwithstanding, the initiative is facing turmoil on account of being viewed as a Jubilee factional agenda, the negative role of the Provincial Administration, the cultivation of negative but populist sentiments against it, as well as the alienation of local MPs at the expense of their political rivals.

On the issue of sidelining local MPs, Kang’ata cites the case of Kangema MP Muturi Kigano, who also chairs the National Assembly’s Committee on Justice and Legal Affairs. He says his role notwithstanding, his political rival is spearheading BBI in Kangema to Kigano’s exclusion.

“This grievance is silently brewing among MPs in the National Assembly. A number of them are ‘komerera’ (political double agents) who are biding their time before they bolt out. I have personally made efforts to intervene on their behalf to relevant authorities to no avail,” says the Majority Whip.

Kang’ata notes that the revenue-sharing debate in the Senate last year proved the importance of flagging matters before they spiral out of control. He says he had raised the red flag one month before the stalemate ensued, but his concerns took time to be addressed.

He also decries the ‘weaponisation’ of internal Jubilee problems, saying the grumbling factions “had deployed heavy propaganda and capitalised on the few missteps in the constitutional amendment Bill to mobilise against it.”

“There is a general feeling of economic deprivation at household levels in the region. The political actors who are selling this narrative are employing the ‘common-man’ language,” he says.

In comparison, Kang’ata says, the government’s narrative in the region, including the BBI, is being sold by civil servants with limited political skills. This has a negative knock-on effect on the proposed law changes, he says.

Kang’ata also makes proposals on how the tide can be turned while also acknowledging that the challenges in the region do not translate into a national challenge, hence the BBI could still sail through.

He says there is a need to rally all MPs, irrespective of their political factions, behind the BBI cause: “Your personal intervention would help at this juncture.”

He also wants the President to review the matter of a multi-choice referendum if it can insure against the possible total rejection of the BBI. Kang’ata says the Provincial Administration’s role in BBI should be scaled down and the issue of sitting MPs’ role in BBI rethought.

He proposes a parallel BBI support structure headed by a quasi-politician to manage MPs, and to sell the government agenda in the region. He also suggests the widening of agricultural reforms and a recast of the 2021/2022 budget towards income-boosting measures.

Kang’ata further proposes a careful, wider rethink of Jubilee’s approach to the Nairobi gubernatorial race “lest it takes the wind out of Jubilee’s sail for the referendum.”

“Your Excellency, I concede, I may be wrong. In fact, I wish I was wrong and that my views are mere pessimistic view of things. However, if I am right and we do not take urgent remedial measures, I will pin myself permanently in the pillar of the shame of spectacular defeat.”

He ends the letter by committing to do his best to ensure that the President’s legacy “of being one the best presidents ever for the region” is upheld.

IS CORD LOSING ITS GRIP IN THE COAST REGION?