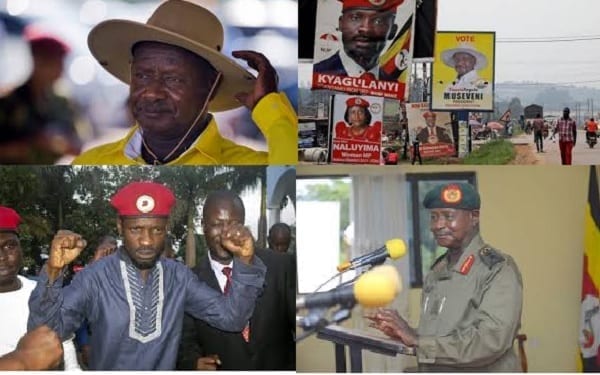 The United States has cancelled its decision to observe Uganda’s election, which is scheduled for Thursday, after the East African country’s electoral commission failed to accredit its observers.

The American ambassador to Uganda, Natalie Brown, said in a statement on Wednesday that the electoral commission had despite constant pleas and reminders failed to issue its observers with the necessary documents required for the elections, leaving them with no choice but to withdraw their support.

Brown said that only 15 of its observers had been granted access to the polls, a number short of the figure that the mission had requested, just a day before the country heads to one of its hotly contested polls in decades.

“It is with profound disappointment that I announce U.S. Mission in Uganda’s decision to cancel our diplomatic observation of Uganda’s January 14 elections due to the decision by the Electoral Commission of Uganda to deny more than 75 percent of the US election observer accreditations requested,” Brown said.

“With only 15 accreditations approved, it is not possible for the United States to meaningfully observe the conduct of Uganda’s elections at polling sites across the country,” she added.

The ambassador’s statement follows reports of new tension between Ugandan police and the opposition after President Yoweri Museveni’s opponent Bobi Wine claimed that a number of his security personnel had been arrested during an early morning raid on Wednesday.

Wine, through his official Twitter handle, said the raid also resulted in the withdrawal of security officers attached to members of his staff.

“So, the private security company that has been guarding my home for the last 12 years has been ordered to withdraw security at my house. Their supervisors showed up unannounced at midnight, disarmed my guard and said they had instructions to immediately withdraw my security,” Wine said.

Uganda heads to what many observers describe as one of the country’s most fiercely fought presidential elections, pitting President Museveni against Wine and 10 other contestants.

Wine, a popular figure among the youthful urban population, has in the past few months waged a strong opposition against Museveni’s leadership, accusing the Head of State of dictatorship, intimidation and running down the economy.

But the 76-year old Museveni, who has expressed confidence of winning a sixth term in office, has termed the campaigns by the opposition inconsequential, accusing Wine and his team of poisoning the otherwise peaceful Uganda with radical philosophies and ideas.

Ambassador Brown also said on Wednesday that concerns were growing over reports that a number of missions, observers and members of the civil society had been denied access to observe the elections, raising doubts on the credibility of the polls.

“Uganda’s elections will lack the accountability, transparency and confidence that observer missions provide. Uganda will also miss the opportunity to benefit from observers’ insights to improve and inform future elections,” she added.