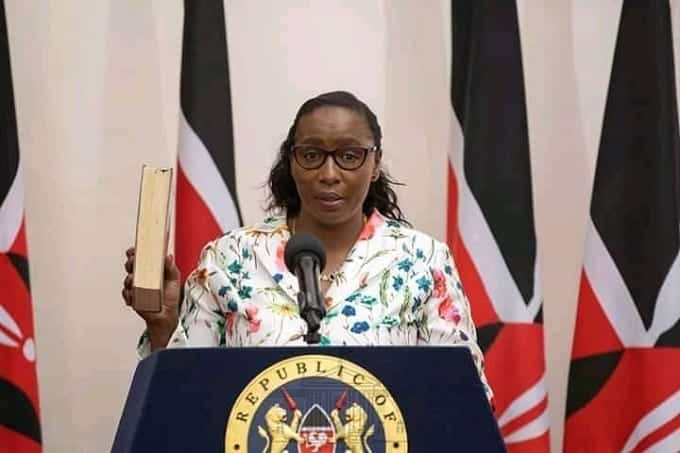 Former Nairobi Speaker Beatrice Elachi was sworn in as a Chief Administrative Secretary in the Ministry of Public Service and Gender Affairs.

She was among nine executives who were sworn in during a ceremony held at State House on Friday, February 19 conducted by Head of Public Service Dr. Joseph Kinyua.

The Head of State further advised them to embrace teamwork in advancing the Government agenda.

“We have a big task ahead of us, a task of completing programs and projects that we have already embarked on. I look forward to your contribution in fast-tracking them,” President Kenyatta noted..

On Thursday, February 18, President Kenyatta held a meeting with officers in the Senior Ranks of the Executive instructed the officials to ensure prudent utilization of public resources in service delivery, stating that Kenyans must always get the highest value return for their money.

The Head of State urged the officers to embrace teamwork and unity of purpose so as to deliver the promise of a better and prosperous Kenya for all.