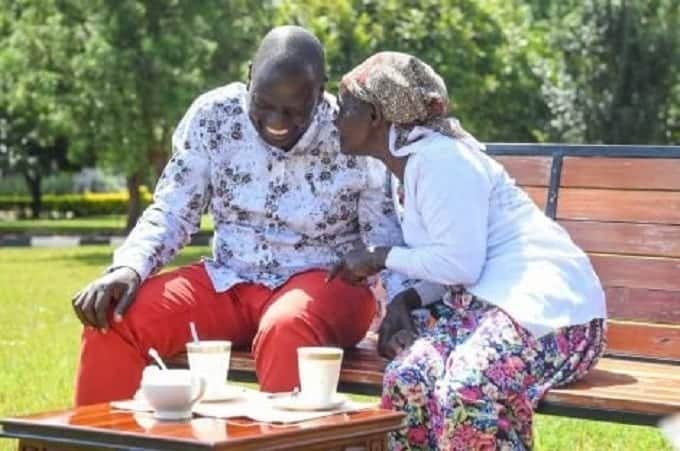 The meeting which took place at Ruto’s official residence in Karen, Nairobi, saw the DP give Njambi a tour of the place and his office.

Kiharu MP Ndindi Nyoro and his Mathira counterpart Rigathi Gachagua were also present at the meeting.

The deputy president was impressed by the granny’s attitude and energy, which has seen her work at a quarry worker – and doubling up as a farmer to make a living.

MP Nyoro announced that the DP had promised to build her a new house at her village in Gikandu.

Meeting Ruto was a dream come true for the grandmother who left him in stitches as seen in the photos shared from the meeting.

The grandmother became an online sensation when a video of her speech at the Kiharu development meeting went viral after being shared by Nyoro.

Her command of the English language excited many who watched her video and shared it across various social media platforms.

“We don’t want anything about BBI. What is BBI by the way? We don’t know how it is written!” said the Granny.

When asked where she learnt how to speak the English language, she said that she was well educated even though she hailed from a poor background.

“Yes I know how to speak in English! I was educated and passed well enough to go to Mugoiri Girls High School thought I did not make it there. My mother was poor and my dad could not afford Ksh15 which was a term’s school fee” the grandma added.