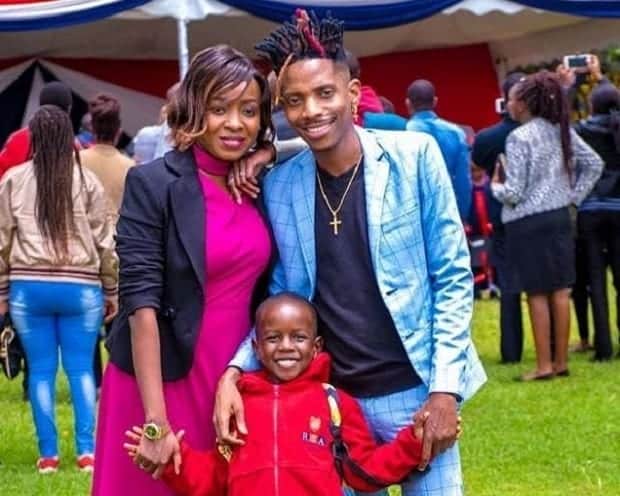 Eric Omondi is an Award-winning Comedian who has been flying high the Kenyan flag as far as the Comedy industry in concerned.

In 2020 Omondi “The President of Comedy Africa” was crowned the comedian of the year for the third time in a row by African Entertainment Awards, USA (AEAUSA).

Just the other day, BBC ranked him as the 9th funniest man in Africa on a list topped by Trevor Noah and Basketmouth.

Eric Omondi was born in Siaya, Kisumu County. He is a stand-up comedian.

He is a second Born in family of four siblings; namely Fred Omondi (comedian) Rose Omondi (younger sister) and the late Joseph Onyango Omondi. Other sibling are Irene Omondi and Pollate Omondi.

In 2018, Omondi lost his elder brother Joseph Onyango Omondi, who was a drug addict for almost 19 years.

Omondi’s late Father was a chief inspector and an OCS in Kisumu. Both his parents have passed on.

“Let me introduce you to the younger Omondi’s… The Gorgeous lady on my right is Pollate Omondi our lastborn alipata 351 points kwa KCPE🙌 anaenda Pangani Girls and the Beautiful lady on my left is Rose Omondi our Fifth born.. Alipata B kwa KCSE🔥🔥👏👏👏 from Lwak Girls anaenda JKUAT… From tomorrow I am going back to Nairobi with them… They are finally coming to stay with me because they earned it!!! But first nawapeleka holiday😊😊😊”

He later joined Daystar University for Bachelor’s Degree in Mass Communication and Journalism.

In 2006, Eric Omondi met Churchill (Daniel Ndambuki) who was doing Red Corner at the time. Like at any other event, he was the MC before Churchill got up to give a motivational speech.

It was at this point that Churchill discovered Omondi’s ability to make people laugh. He took his number and promised to get in touch with him, but since he took too long before communicating, Omondi gave up believing that Churchill would ever call.

Two years later, and true to his word, Churchill made the call.

That was the beginning of Omondi’s rise to fame and success that saw him as a fan favorite on Churchill Live until his departure.

He left Churchill to do his own show dubbed Hawayuni that aired in KTN but it was short lived. He also did ‘Somewhere in Africa’ and ‘Untamed’.

He currently does parodies that he uploads on YouTube.

In 2020, Omondi introduced another show dubbed Wife Material that climaxed with a wedding with Band Beca’s Carol. In 2021, wife Material season 2 that had women from Kenya, Tanzania and Uganda was stopped after he was arrested by KFCB officers and DCI detectives.

Omondi was the first Kenyan to ever make a feature on Jimmy Fallon’s show. He flew to United States on 28th of February 2017 on a business mission where he was expected to perform on 3rd and 4th of March 2017 in Las Vegas. He then made an appearance on one of the United States’ biggest ‘The Tonight Show’ that is hosted by Jimmy Falon.

The comedian has been able to entertain many by creating covers to local songs, especially those created by Tanzanian Artiste Diamond Platnumz. Some of the songs that he has covered are ‘tetema’ by Diamond, ‘Short and sweet ‘by Sauti Sol and ‘Kanyaga’ by Diamond.

Eric Omondi has a son named Zahari with Media Personality Jacque Maribe. The comedian said that they met while working at Radio Africa. At the time, he worked for radio Jambo while Maribe was a reporter at Kiss TV.

Their friendship grew overtime, even after they both left the media Group for other jobs, leading to the birth pf Zahari. They Co-parent.

In 2018, Omondi landed in trouble with Ezekiel Mutua over a naked video he took while swimming with Minors at a river in Turkana. The Kenya Film Classification Board (KFCB) Chief Executive Officer (CEO) Ezekiel Mutua threatened to sue him. Mutua castigated Omondi for posing nude with naked kids violating the KFCB classification guidelines.

He later pulled down the video and apologized.

Omondi can’t help but laugh when he reminisces about his brief stint as a news reporter.

“I worked at NTV as a reporter for two weeks, I did one story after which they kicked me out. It was very bad. I was told I wasn’t good enough. I think I was there to find myself. People are supposed to do what they love because then they can do it for a long time,”

In 2018 the former Churchill show comedian Eric Omondi was awarded as the best comedian in the African entertainment awards held in the USA.

In 2019 he was again voted as the Best Comedian and African King of Comedy at the by African Entertainment Awards, USA (AEAUSA).

In 2020, Omondi still won the by African Entertainment Awards, USA (AEAUSA) award for the Best Comedian.

The funny man said he has always had a dream of helping other creatives show case what they can do, and the journey has only begun, as he will do so through Big Tyme Entertainment.

Eric Omondi owns a YouTube Channel that has over 500K subscribers where he shares his comedy work.

Eric Omondi is the Founder and CEO of Big Tyme Entertainment, a production company.

Currently, Eric Omondi is single after parting ways with his girlfriend of four years Chantal Juliet Grazioli. The two broke up in 2019.

However, Omondi has a son (Zahari) with Media personality Jacque Maribe.

KFCB said that the comedian was arrested for contravening the Films and Stage Plays Act Cap 222, which prohibits production and distribution of unauthorized films, and in this case his Wife Material series 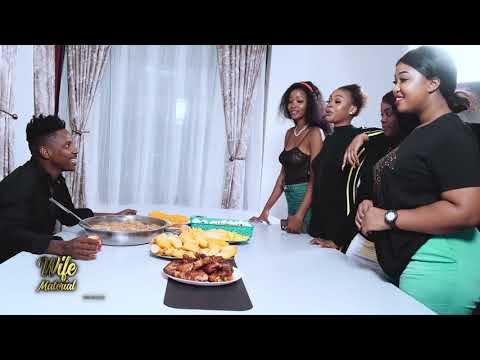