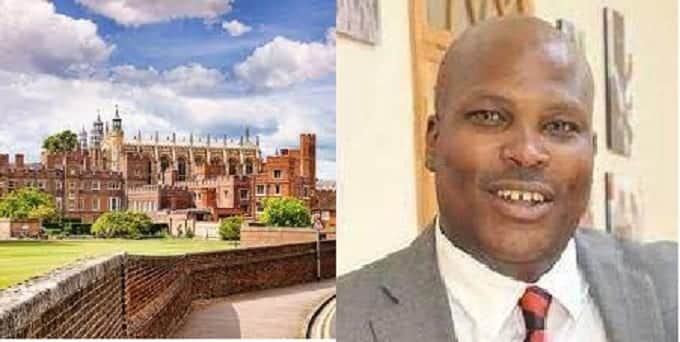 Jomo Gecaga is not an uncommon name to many individuals as he serves as President Uhuru Kenyatta’s private secretary.

Many know him as the President’s loyal nephew who is always sitting standing or sitting close to the head of state.

However, Jomo is more than Uhuru’s relative and has a rich heritage of his own. He is a descendant of both the Koinange and Kenyatta bloodlines.

Both families have been a critical part of Kenyan history, occupying positions of power in government and in the private sector.

His mother, Jeni Wambui, is Mzee Jomo Kenyatta’s only child with his third wife, Grace Wanjiku, who died while giving birth in 1950. His father, Udi Gecaga, is a respected corporate titan who sits on the boards of various companies.

Udi’s mother, Jeremiah Gecaga, was the first female member of the Legco (the equivalent of Parliament in the colonial era).

Jomo Gecaga attended the prestigious Eton College in the UK – an exclusive private school that is known to produce world leaders including 20 British prime ministers.

Eton College was founded in 1440 by Henry VI. Eton It is a boys boarding school. Boys enroll in school at the age of 13 until age 18 when they go to university.

The majority of the boys at the expensive school, known as Oppidans, come from aristocratic families although those from less wealthy backgrounds are able to join the school on a scholarship. The annual school fee currently stands at Ksh7.2 million (£48,501).

King scholars get into the school through a scholarship. A competitive exam is given to boys who are 12-14 years old. The best are selected and enrolled in the school.

Oppidans come from prestigious families in England. Either wealthy families or royal families.

Heirs of the current Monarchy of the United Kingdom, Prince Charles and Prince William went to the school.

Its alumni include the current UK Prime Minister Boris Johnson and celebrated actors such as Daniel Craig (current James Bond) and Damian Lewis.

With over 500 years in existence, the school is known for its rich heritage, state of the art facilities, wealth and the great people who went there.

Heads start to roll:CS Koskei steps aside over graft claims

DEVOTION: If He Had Something To Do With It, Then He Can Do Something About It!

Why the Kenyan man is an endangered species