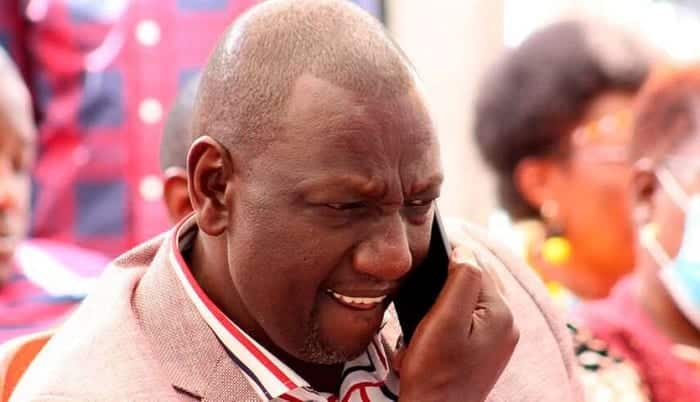 Deputy President William Ruto has, for the umpteenth time, been locked out of a State event as his relationship with his boss, President Uhuru Kenyatta, continues to deteriorate.

The DP’s office on Tuesday morning said Dr Ruto had not been invited to the bilateral meeting with visiting Tanzanian President Samia Suluhu, or to the planned State dinner tonight in honour of the successor of the late John Pombe Magufuli.

As Mr Kenyatta received his Tanzanian counterpart, the DP was at his Karen office meeting religious leaders, his office said on Tuesday.

“The DP has not received any invite,” Dr Ruto’s Director Of Communications Emmanuel Talam said when asked about President Suluhu’s visit.

State House spokesperson Kanze Dena-Mararo had not responded to our enquiries on the matter by press time.

Since 2018, when President Kenyatta shook hands with Orange Democratic Movement (ODM) leader Raila Odinga, and more so in the past one year, the DP has been isolated in his own government, making him an outsider in decision making and key meetings.

In August 2020 and in February this year, the DP was locked out of meetings President Kenyatta held with his entire top Executive team of Cabinet secretaries, chief administrative secretaries and principal secretaries, cementing fears that the bromance was dead.

There was also a stir last year when the DP’s seat stayed unoccupied at a national event called to chart ways to tackle the Covid-19 pandemic, which was attended by President Kenyatta and other key political figures, including Mr Odinga.

The DP’s office insisted that he had not been invited and that the placing of the chair as if to suggest he had snubbed the function, was out of mischief.

The DP last month attributed this isolation to an attempt by President Kenyatta’s inner circle to lock him out of the Head of State’s 2022 succession plan as well as other key decisions that they had otherwise made jointly in their first term.

“If the President decides to elevate other people and consult more with the former leader of opposition, I have taken it with grace. The style changed and it is the prerogative of the President being the boss. The Big Four Agenda slowed down and my space was taken up by other people. It became urgent to change the Constitution,” the DP told Citizen TV last month in an interview that exposed just how irretrievably broken the relationship between the Jubilee duo had become.

On whether he was still advising the President as he is constitutionally obligated, the DP said: “The Constitution says when you advise the President…your advice may or may not be taken. I am not the only adviser. It is up to the leader to choose what to take.”