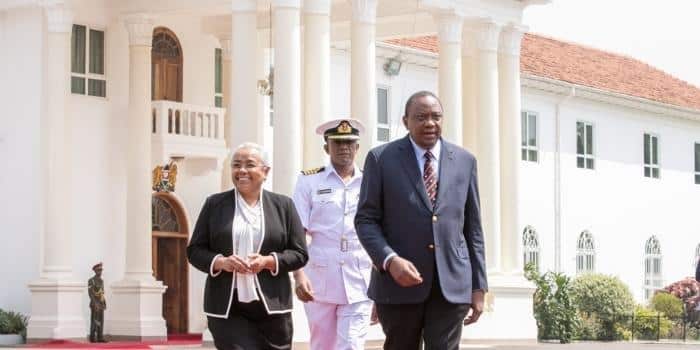 In the budget estimate for the financial year 2021/22, Treasury CS Ukur Yatani further estimated the amount to rise to Ksh127 million by the end of the year 2023/2024.

The general maintenance cost at State House will cost Ksh111 million rising to Ksh172 million in 2023/2024.

Yatani further projected that the purchase of specialised plant, equipment and machinery at State House, Nairobi will rise to Ksh45 million in 2023/2024.

State House, Sagana will be refurbished at Ksh21 million and maintained at an additional similar amount.

The government also manages State Lodges in Kakamega and Kisii, with the latter among the latest to be refurbished. The lodge used to serve as the county commissioner’s residence.

Yatani is expected to table a Ksh3.6 trillion budget in Parliament in June 2021. This will be Kenya’s biggest expenditure ever, with over 50 percent of the money being channelled towards development.

From the Ksh2 trillion, Ksh1.7 trillion will be raised from taxes collected by the Kenya Revenue Authority (KRA).