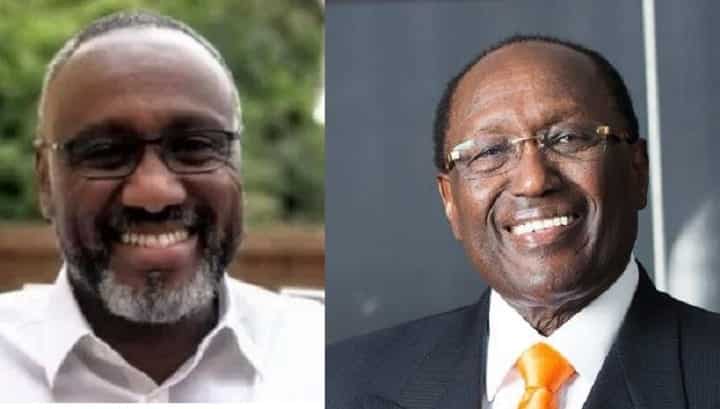 Depite his larger than life public personality, the billionaire’s two children kept a private life although his daughter Anne Musangi Kirubi – has become more public after she started running the family business as her father’s health deteriorated.

In 2019, DJ CK, as he was fondly known, revealed that his only son, Robert Kirubi, had declined to work for the family business and focused on building his career in Europe where he works for a multinational company.

“My daughter is here in Kenya is [sic] the MD of my factory, Haco Industries. My son is in Brussels, he works for DHL. I think they pay him so much money he refused to work for me but its good he has also accumulated a lot of experience,” the wealthy businessman stated in the interview.

Robert Kirubi has been working at DHL, a package transportation service, for 10 years.

In 2019, he took up the part as Head of Global Customer Programs. This position came after working as Vice President Operations as well as in Client Support Services. He carries out a managerial role in a company that has 380,000 employees and a presence in 220 countries

He is a graduate of Northeastern University where he received his bachelor of science degree in Business Administration.

The International DHL executive was once a student at Hillcrest school and later at St Mary’s High School where his schoolmates included current president Uhuru Kenyatta and media personality Jeff Koinange.

“He travels a lot. I see myself in my son,” Chris stated in a past interview. Robert celebrated turning 55 years of age on Wednesday, June 9.

Chris asserted that Maryanne is an intelligent worker and expressed his admiration on how she had managed to run the family businesses.

Other prominent members of the Kirubi family include his younger brother Prof Michael Kirubi who teaches at the United States International University (USIU) as well as MaryAnne’s husband – Andrew Mukite Musangi – a Nairobi lawyer who represented Chris on sensitive legal matters.