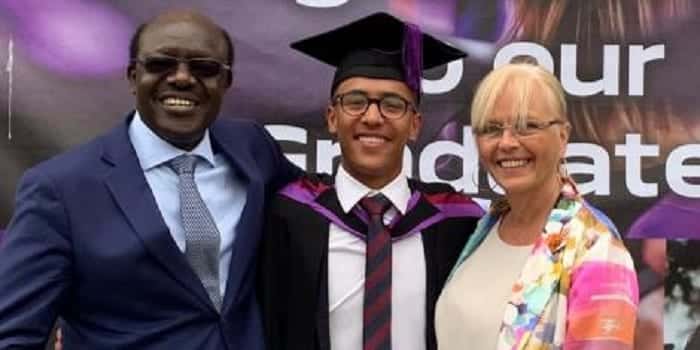 Former United Nations Conference on Trade and Development (UNCTAD Secretary-General, Mukhisa Kituyi, brought his family in the limelight after announcing that he will vie for the Presidency in 2022

His wife and children, just like him, are scholars and entrepreneurs. Mukhisa’s wife, Ling Kituyi, is originally from Norway. The two met in the 90s in the European country when the former Minister was pursuing his Masters in Philosophy at the University of Bergen.

Ling is the Head of Staff Health and Well Being at the United Nations High Commissioner for Refugees, Switzerland, a position she has held since 2015.

Prior to her role at the UNFCR, Kituyi’s partner was at the World Health Organisation (WHO) as the foreign medical team coordinator for Ebola response in Liberia between November 2014 and June 2015.

At WHO, she assisted organizations and member states build capacity and strengthen health systems by coordinating the deployment of quality-assured medical teams in emergencies.

Ling also served as UN’s chief medical officer at UN offices for 12 years, between October 2002 and 2014.

The Kituyi’s are blessed with four children, Ivar Makari Kituyi, Sitati Kituyi, Laila Mayilila and Thor Masasule. Makari passed away in June 2015 at the age of 30 after suffering a diabetic attack.

Sitati is the co-founder of African Stick Photo that deals with digital photography in Africa.

Laila, has an undergraduate degree in Psychology and a Masters in Public Health Policy from King’s College London while Thor Masasule holds a degree in Mechanical Engineering from Portsmouth University.

Mukhisa Kituyi said that his wife and some of his children speak fluent Swahili and his vernacular Luhya Bukusu dialect.