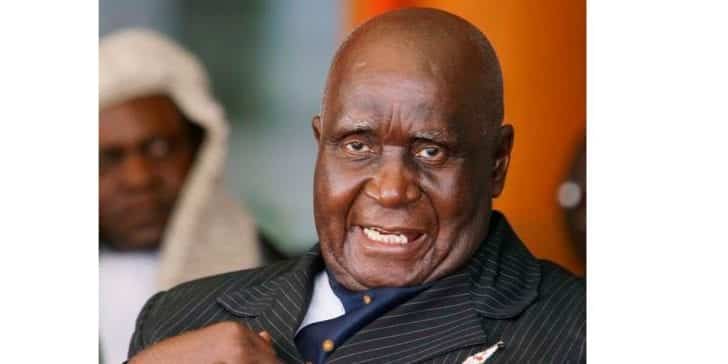 Zambia’s founding father Kenneth Kaunda has passed away. His death was announced by his son, Kambarage Kaunda, on Thursday. It was also confirmed by President Edgar Lungu.

“You have gone at a time we least expected but we are comforted that you are now with Our Father, God Almighty in heaven,” President Lungu said.

This comes after news from his office Monday that he was admitted to the Maina Soko Military Hospital in Lusaka. He was being treated for pneumonia, his office had said.

President Edgar Lungu had urged Zambians to pray for his recovery.

Kaunda was among the few African liberation heroes still left, and is one of the leaders who fought white minority rule and agitated for liberation of southern Africa.

After ruling Zambia for 27 years, he ceded power in the first multi-party election in 1991.

While he had started out as a popular leader, he was criticised for becoming more authoritarian when he banned all opposition parties. However, later amended the Constitution to end one-party politics and returned the country to being a multiparty State.

He then called for elections in 1991, which was he lost to Frederick Chiluba, effectively ending Kaunda’s rule.

He attempted to once again run for the presidency in 1996, five years after leaving office, but his ambition was thwarted when the Chiluba government amended the Constitution, introducing stiffer conditions for one to qualify as a candidate.

Amendment Act No. 18 of 1996 of the Zambian Constitution, in Article 34(3)(b), states: “A person shall be qualified to be a candidate for election as President if … both his parents are Zambians by birth or descent…”

This provision was widely considered to have targeted Dr Kaunda, as it was common knowledge that he was born of parents who originally came from the neighbouring eastern country of Malawi .

They migrated to and settled in northern Zambia’s Chinsali District, where his father was a missionary.