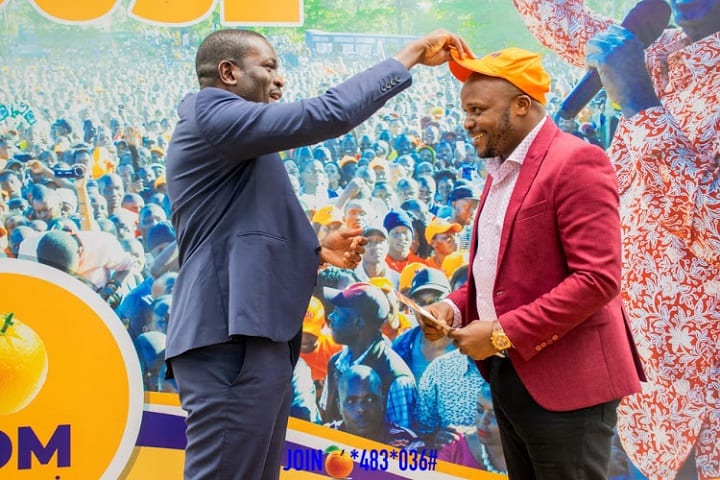 Comedian and Kiss 100 presenter Felix Odiwuor, popularly known as Jalang’o, has officially joined the ODM party. In a statement, the party said Jalang’o has joined it as a life member.

“Jalang’o today officially joined the biggest political movement in the country. He was handed the Life Membership certificate by SG @edwinsifuna. We keep marching on #TukoTayari,” ODM said in a tweet on Thursday.

The announcement by ODM came shortly after Jalang’o hosted the party’s Secretary General Edwin Sifuna on his Jalang’o TV show.

Jalang’o has, however, not announced it himself.

This comes months after the Kiss FM presenter declared he will be on the ballot box in 2022, vying for the Langata MP seat.

“You are speaking to the MP of Langata, there are only three years to go and I will be the MP,” he said during an interview with Mpasho.

“There is very little you can do to society if you are not influential. I want to go and make a difference in Langata and make them great again,” Jalang’o added.

He also said he wanted to join politics in the next general elections because he was tired of crying for change yet he could make the change himself.