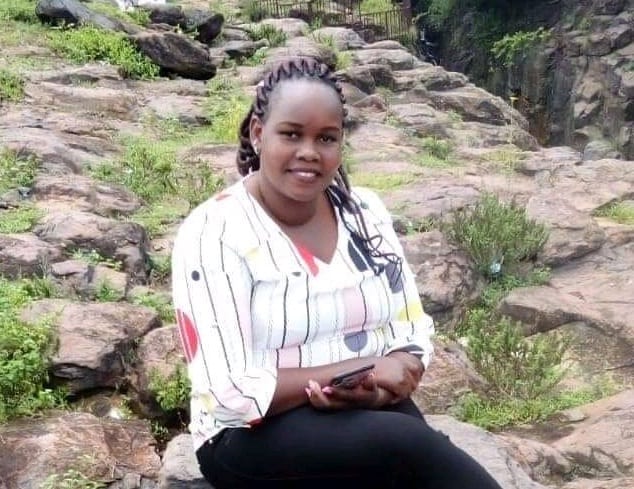 Corporal Caroline Kangogo, the police fugitive that was being sought over the murder of her colleague Constable John Ogweno and businessman Peter Njiru Ndwiga, is dead.

“Caroline Kangogo has taken her own life. She had gone home and that is where she shot herself,” Mr Natembeya said.

The death of Kangogo ends a two-week search for the police officer that has evaded an elite unit crafted by the Directorate of Criminal Investigation to hunt her down.

Her run from the authorities started on July 5 when Sergeant Joseph Ologe, who resides at the Kasarani police houses in Nakuru, spotted PC Ogweno’s car, a Toyota Corolla, with broken windows and the engine still running.

When the officer peeped through the broken driver’s window, he saw  Ogweno lying in the car seat with blood oozing from his nose. Officers who responded to the report discovered that their colleague had been shot and he was dead.

Investigation into the killing of Ogweno was immediately placed under Nakuru East sub-county criminal investigation officers.

Investigators found a mobile phone belonging to Kangogo at the crime scene. Ogweno and Kangogo were suspected to be having an affair.

On July 6, the DCI declared Kangogo a person of interest and began a search for her.

About the same time, the owner of Dedamax Kimbo hotel, Peter Kiumi Mugeshi, made a report through a call to the OCPP of Mugera Police Post that a man had been found dead in a hotel room.

It was established that the man’s identity was Peter Njiru Ndwiga, 32, and he had booked the room at 4.22pm on Monday in the company of a woman. In his pockets was a receipt for a Sh3,020 payment made to Jogoo Kimakia Country Lodge in Thika using a bank card belonging to Kangogo.

The receipt indicated that the payment was made at 3.29pm on July 5.

The DCI declared Kangogo “armed and lethal” and cautioned people, particularly men, to be wary of her as she was “on a killing spree and was luring men to hotels before murdering them.”

Kangogo was born in Nyawa, Tambach in and former Keiyo district to Barnaba Kipkoech Korir and Leah Jepkosgei.

While at Kiganjo, she obtained a First Class in Shooting Range Qualification. She went for a Corporal Course at the Kenya Police College in Kiganjo in 2014. Cpl Kangogo is married to Commissioner of Police Richard Kipkirui Ngeno, with whom she has two children.

She had served at the Police Training College in Mombasa, the Kaloleni Police Station, Kenya Police College and Central Police Station in Nakuru. She was attached to the Nakuru Law Courts as a court orderly.

Her death comes just days after the Law Society of Kenya appointed veteran lawyer Dr John Khaminwa to handle her case. Dr Khaminwa filed a case in court to bargain for her release on bond pending her arrest.

Caroline Kangogo’s Detailed Suicide Note on Why She…