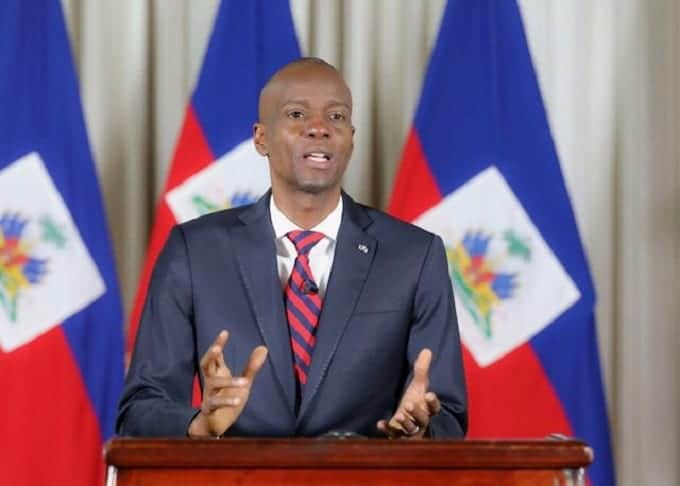 Haiti’s prime minister on Wednesday declared a “state of siege”, which grants the executive additional powers, just hours after the assassination of the nation’s president.

“In strict application of article 149 of the constitution, I have just chaired an extraordinary council of ministers meeting and we have decided to declare a state of siege throughout the country,” Prime Minister Claude Joseph said.

Haiti President Jovenel Moise was assassinated and his wife wounded early Wednesday in an armed attack at their home.

Claude Joseph said he was now in charge of the country and urged the public to remain calm, while insisting the police and army would ensure the population’s safety.

“The president was assassinated at his home by foreigners who spoke English and Spanish,” Joseph said.

Report on Haiti visit, reality on the ground by Dr. John…

The US, UN Security Council and other world players have expressed shock over his death.

The White House on Wednesday called the assassination of Haiti’s president Jovenel Moise “horrific” and said the United States was ready to help in the investigation.

“We will be helpful in any way to the people of Haiti, to the government of Haiti if there’s an investigation,” she said, adding that the White House was “still gathering information” and that President Joe Biden would be briefed on the incident shortly.

The government of the Dominican Republic on Wednesday ordered the “immediate closure” of its border with Haiti after the assassination of the president of the neighboring country, Jovenel Moise.

Moise had been ruling Haiti, the poorest country in the Americas, by decree, after legislative elections due in 2018 were delayed in the wake of disputes, including on when his own term ends.

In addition to the political crisis, kidnappings for ransom have surged in recent months, further reflecting the growing influence of armed gangs in the Caribbean nation.

Photos:Sonko in Police uniform, sympathizes with them