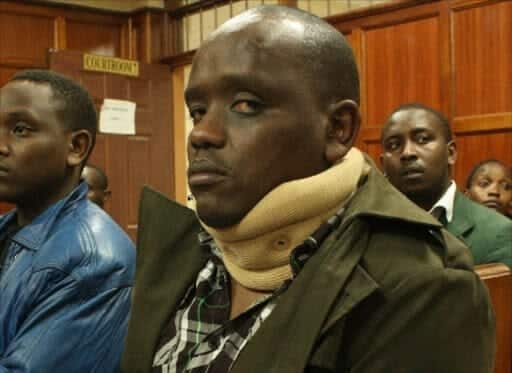 Dennis Itumbi has been arrested in Nairobi’s CBD over links to the fake assassination letter against Deputy President William Ruto.

He was taken to DCI headquarters on Wednesday for questioning.

Itumbi is the secretary digital, innovations and diaspora communications at State House, and is based at the Deputy President’s office in Harambee Annex.

Itumbi on Monday lashed out at the Daily Nation newspaper over an article he allegeed indirectly and erroneously linked him to the letter.

The newspaper carried an article on Sunday which said two of Ruto’s aides are being sought by the DCI on suspicion they circulated the letter. It said the two are from the communications department.

“They mentioned where the communication officers allegedly being sought work. We are about 10. None of us got a call or a text. Copy and paste journalism from unnamed sources who lie, should not find a home,” Itumbi said.

DCI officers investigating the letter by an unknown cabinet secretary have explored the theory that the alleged assassination plot could be a hoax.

The officers said they had traced the source of the letter and were about to summon those they suspect authored it.

“We are pretty confident that we are about to find those behind the letter. All we can tell you is that no cabinet secretary wrote the letter,” one of the officers said.

Pollsters are back,says Kenyans worse off under Uhuru regime