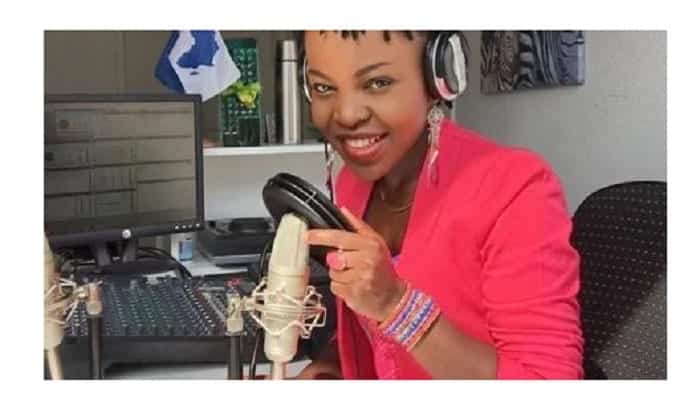 Kenyan Diaspora woman and former journalist Terry Atieno is the latest person with Kenyan roots to eye a political seat away from home.

Atieno, popularly known as Proud Chocolate, and also a former radio presenter at Ramogi FM, is gunning for a seat in the town/county assembly in Buxtehude Stade District in Hamburg, Germany.

“I’m going to face it all. Hate and support, but I am ready for it all,” she wrote on Instagram, adding that God has chosen her. I am trying it out. Whether I fail or pass, I’ll still be on the books as one of the black immigrants who tried a hand in leadership out here in the western world.”

“With 17 years of living abroad, I know too well where the shoes hurt when it comes to the diaspora plights and cries. I am seeing an opportunity for growth even for myself both in leadership and education. I want to study governance and politics.”

Among the reasons she is running for the seat is to fight for other integrated immigrants.

“I want equality in treatment and for people to see beyond colour. I want us to be taken seriously. I want our children to grow up here feeling 100 per cent at home. I am unapologetically Black amidst a white society. Let me be that example.”

Atieno is one of the most successful African radio presenters in Germany and during her show she addresses issues people are shy to talk about.

“I talk about things that will encourage you in your life, things that will strengthen you before you leave your country to join the diaspora. I also share stories from the young people, especially Africans – boys and girls who have made it in life from very, very difficult backgrounds,” she says.

Her journey to Germany followed a thought that developed after she accidentally opened one of her colleague’s drawer during her internship at KBC between 2001 to 2005 and found a Deutsche Welle (DW) business card. She had seen several colleagues at KBC visit DW on exchange programs and she wanted to be part of it. In her determination, she sent an email to DW. Although her email went unanswered, her hope didn’t fizzle. Though she later joined the Kenya Television Network (KTN), she still held a burning desire to work at DW.

Her online broadcast identity Proud Chocolate signifies the struggle that migrants go through in a new host countries.

“Although many come from credible professions, they end up working in menial job regardless of academic and professional qualifications. “We need to stay proud of our identity.”

Should she be successful in her quest, she will join former US president Barack Obama, and Australia Senator Lucy Gichuhi in the list of politicians with Kenyan roots serving abroad.