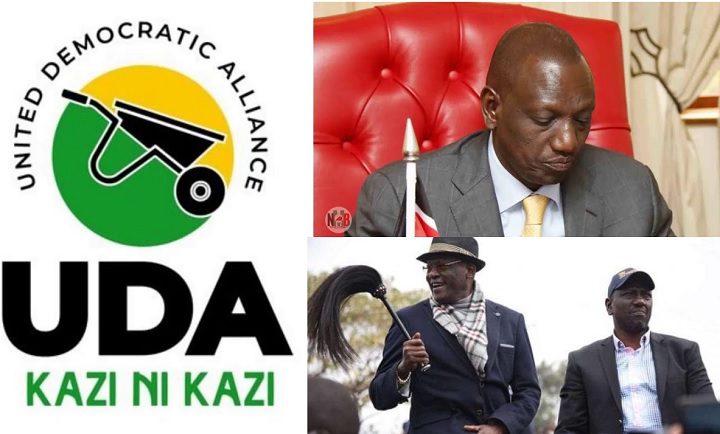 Noor accused Muthama and Maina of illegally taking over the party leadership in an unconstitutional manner. He wants to Tribunal to overturn the changes made at the Party and reinstate him as the Chairman of UDA.

In an affidavit dated July 12, 2021, he also blames the Registrar of Political Parties for ignoring complaints and reservations leading to the changes instituted in the party.

In his argument, Noor claims that suspended Secretary-General Mohamed Sahal had called a meeting on December 11, 2020, that saw the party change its name from Party for Development and Reforms (PDR) to UDA, which was agreed by the members present.

The former officials only realised later that the signed forms also had given the party a go-ahead to effect leadership changes.

“I am aware on my own knowledge that the Registrar of Political Parties unlawfully made changes to the party’s National Executive Council (NEC) officials through Gazette Notice No. 1233 dated January 29, 2021, and 2739 published on March 19, 2021,” Noor stated in the sworn affidavit.

The registrar and UDA party have been listed as respondents in the case by Noor which is to be mentioned on July 28, 2021, when the tribunal is expected to issue directives on the way forward.

It is not the first time that Ruto’s projected election vehicle has been taken over by opposing forces. In 2009, Ruto started marketing the United Democratic Movement (UDM) which he hoped to use for the 2012 general election.

However, after two years of marketing UDM, the party was taken over by its original owners – forcing Ruto to quickly launch the United Republican Party (URP) which he used in the 2013 general election before merging with other parties to form Jubilee Party in 2016.

ODM Leader Raila Odinga also lost the ODM Kenya party in the run-up to the 2007 general election. He later bought the certificate for the current ODM from lawyer Mugambi Imanyara.

The UDA ownership wrangles arise just after the party bagged its first political seat through a win in the Kiambaa by-election. Their candidate Njuguna Wanjiku triumphed against Jubilee’s Kariri Njama.

Although Jubilee disputed the poll results calling for a recount.