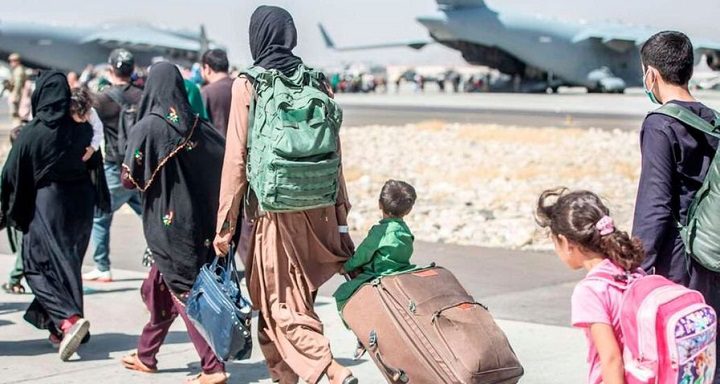 A total of 51 Afghan refugees arrived in Uganda on Wednesday morning, the country’s Ministry of Foreign Affairs said.

‘‘The evacuees who included women and children arrived aboard a privately chartered plane and underwent necessary security screening as well as mandatory Covid-19 testing and the required quarantine procedures,‘’ the Foreign affairs ministry said in a statement.

The first batch of Afghan nationals was received by the US Ambassdaor to Uganda, Ms Natalie E Brown whose official car was seen exiting Airport premises before buses carrying the refugees left Nas handling services at the facility.

Available information shows that they had been booked into Imperial Resort Beach hotel, Entebbe in Central Uganda.

”The government of Uganda has once again demonstrated a willingness to play its part in matters of international concern,” the US Mission Uganda said in a statement, Wednesday.

However, in an ironic twist, scores of Ugandan nationals remain trapped in Afghanistan ‘‘due to the challenges of accessing the Hamid Karzai International Airport in Kabul.’’

‘‘They were unable to make it. Arrangements are being made to bring them in a subsequent flight,’’ the government informed, a day after Taliban issued an August 31 deadline for all foreign forces, including those on evacuation missions to be out of the country.

Uganda has agreed to temporarily host 2,000 refugees from Afghanistan following recent political unrest in the country.

Uganda’s State minister for Relief, Disaster Preparedness and Refugees, Ms Esther Anyakun, said last week that this follows a request by the US government, which was granted by President Yoweri Museveni.

Uganda is among half-a-dozen African countries that the US has courted to host fleeing Afghan nationals after Taliban fighters, deposed by American troops two decades ago, toppled President Ashraf Ghani’s government and bounced back to power in a stunning takeover.