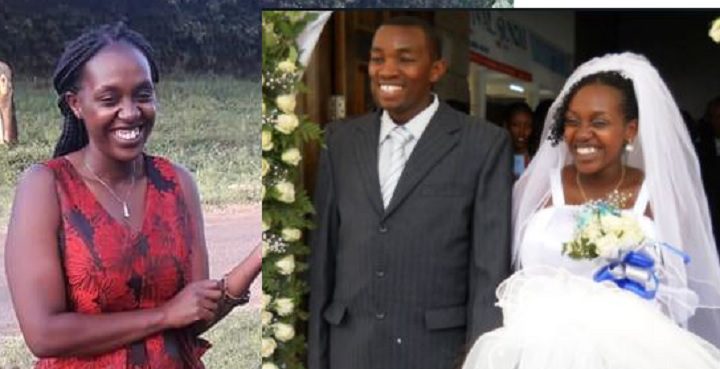 Kenyan Police in Juja are holding Evans Kamau after he reportedly stabbed his wife of ten years Esther Njigi Nyaga to death.

According to police, the 37-year-old suspect stabbed Esther (34-years-old) seventeen times on Sunday 8 August 2021. Esther died while being rushed to Thika Level 5 hospital.

The incident is said to have happened at Everest Estate in Juja, where Esther was living with her three children.

Reports indicate that the suspect accessed Esther’s house from the back entrance on Sunday night and disconnected power from the main switch.

then said to have locked Esther in her bedroom where he committed the heinous act before he ran from the crime scene.

The deceased eldest child, a girl aged 11 sought help from the neighbour who helped in taking Esther to the hospital but she succumbed to her injuries.

Mr. Kamau and Esther, who were blessed with three children, exchanged vows in a church wedding in 2010 but separated in 2019 due to domestic fights.

According to Juja Directorate of Criminal Investigations Officer (DCIO) Richard Mwaura, the court allowed police to hold the suspect as investigations continue.