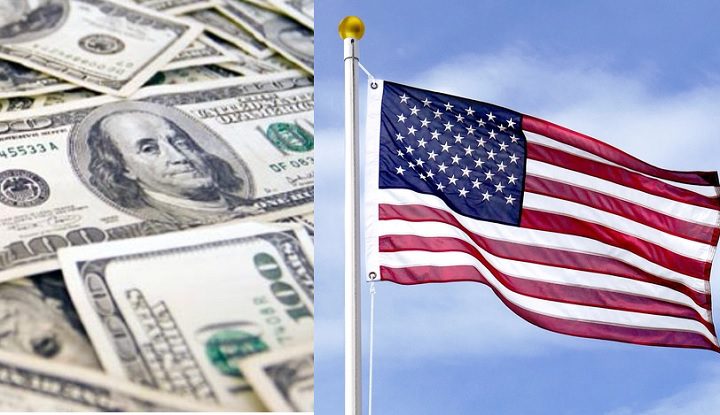 If you asked the average Kenyan to name the country’s leading sources of forex, you would hear mention of tourism, tea, or horticultural exports. Few would mention diaspora remittances, even though money sent back home by Kenyans living and working abroad has now become the biggest source of forex in Kenya, surpassing traditional export earners like tourism.

The number one spot goes to the U.S. The intimidating long queues of people seeking travel visas at the U.S. embassy in Gigiri shows the strong lure of the American dream. There are an estimated 120,000 Kenyans in the U.S. They sent back home $839 million (sh91 billion) in the first five months of the year.

An interesting fact is that Kenyan immigrants working in the US have in the past been ranked as the third most industrious foreigners. They scored 73.4 per cent to emerge third in the list of the hard working and most skilled immigrant groups in the US, according to a 2018 Bloomberg report. The research ranks Ghanaians and Bulgarians at positions one and two, with 75.2 per cent and 74.2 per cent, respectively.

Kenya has a shared heritage with the U.K., given the colonial legacy of the European power. Many of the oldest companies and institutions in the country have their roots in Britain and it is no surprise that the island nation hosts a sizeable Kenyan community. Kenyans mainly go to the U.K. for work and study. Cumulatively they sent home $142.5 million (Sh15.4 billion) in the first five months of the year.

The Kingdom of Saudi Arabia depends heavily on migrant workers to drive its economy. Many Kenyans have moved to the oil rich state in search of greener pastures in recent years. The country also serves as an international religious site, hosting millions of Muslims each year for the annual Hajj celebrations at Mecca, which is considered a holy city in Islam.  Kenyans working in Saudi Arabia sent home $59.6 million (Sh6.4 billion) between January and May this year.

Germany is another important source of remittances for Kenya. Despite the language barrier, the European country hosts a significant number of Kenyans who immigrated to the country for work and study. As one of the most powerful countries in the European Union, Germany continues to lead Europe in terms of accommodative immigration policy, allowing many foreigners to leave and work without fear of deportation. Kenyans in Germany sent back $45.9 million (sh4.9 billion) in the first five months of 2021.

Australia, the country that is an island and a continent at a same time, has always been an attractive destination for Kenyans. Those that migrate there mostly do so for study and careers in respectable fields like medicine and engineering among others. Most Kenyans in Australia live in the urban areas of Sidney and Melbourne as most of the country is desert-land with harsh conditions. Kenyans in Australia sent home $43 million (sh4.6 billion) in the first five months of the year.

Canada enjoys the reputation of having one of the most relaxed and welcoming immigration policies among western countries. The Canadian government has been intentional about attracting skilled migrants and students given the country’s small and ageing population – its citizens number 39 million in 2019, roughly the same size as the State of California. Notable Kenyans in Canada include firebrand lawyer Miguna Miguna. Kenyans in Canada sent back $40.4 million (Sh4.3 billion) between January and May this year.

Another Gulf state with a sizeable migrant population is Qatar. Like Saudi Arabia, Qatar depends on migrant workers to drive its oil rich economy, creating opportunities for people looking for opportunities to work abroad to move there. Kenyans living in Qatar sent home $29.5 million (sh3.2 billion) in the first five months of the year.

Fewer countries offer a higher quality of life for residents and migrants alike than Switzerland. Known for its fine watches, mountainous terrain, and long history of non-involvement in armed conflict, Switzerland offers one of the best lives abroad. Workers are guaranteed high wages, quality health insurance and good pensions.  The few Kenyans living there were able to send home $20.3 million (sh2.2 billion) between January and May this year.

Perhaps the most popular of the Gulf states owing to the profile of Dubai as an international holiday and business destination, the United Arab Emirates (UAE) hosts a sizeable Kenyan population. UAE is also considered more tolerant than other gulf states. Kenyans in the UAE sent home $19.8 million (Sh2.1 billion) in the first five months of the year.

Among African countries, Tanzania tops the list of top sources of remittances, having displaced South Africa which for a long time accounted for most money sent into Kenya. Our neighbors to the South sent back $18.4 million (Sh1.9 billion) in the first five months of the year.

While this list may change for the remainder of the year, it is unlikely that the U.S. will lose its top spot. Industry experts also observe that technology and affordability are set to accelerate remittances, which defied the effects of Covid-19 in 2020. The uses of remittances are also expected to remain unchanged, with education and healthcare taking the lion’s share.

“Affordability and convenience remain the top priorities for most people sending and receiving money across borders. Over the past year, we’ve focused on meeting these priorities and ensuring an affordable service for our customers,” said Sharon Kinyanjui, Director Europe, Middle East, and Africa Receive Markets at WorldRemit.”  “Education is likely to remain a key use of remittances, and this will only increase with the packed school calendar post-covid,” she added.

USA Lead In Top 10 sources of Diaspora Remittances To Kenya

Who Should Pay Alimony After Separation?