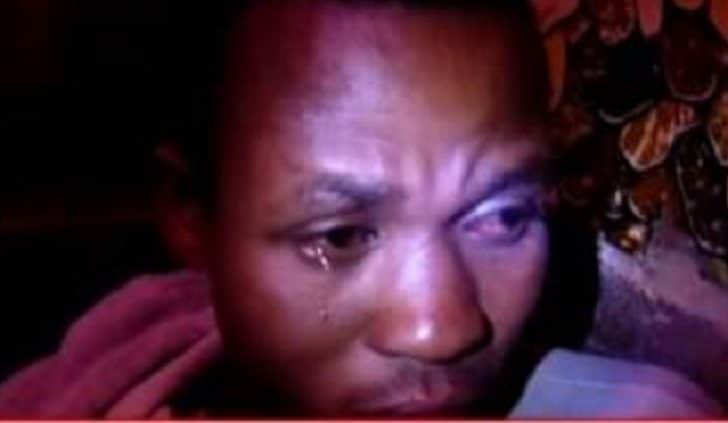 A Kenyan father ended his son’s marriage after forcefully repossessing paid Dowry. “My wife left me. She left!,” a young man from Tigania East, Meru County, broke down during an interview on Baite TV on Tuesday, September 21.

He identified himself as Moses, from Kimaroo village in Muthara Ward. The father of one could not hold back his emotions as he recounted how his father reportedly ended his marriage and forced his wife to desert him.

For what reasons though? “Dowry…” Moses lamented, accusing his father of using petty and personal reasons to end his (Moses’s) marriage.

The aggrieved young man claimed that he was in love with his wife, had a great union and loved their daughter to bits.

However, things fell apart, leaving the union ripped apart courtesy of his father. Moses claimed that the situation went sour as his father forcefully repossessed dowry that had been fully paid to their in-laws.

“I was stunned beyond imagination because (my father and) I paid the dowry for my wife yet my father had me taken in by police.

“I was detained for one day by policemen from Muthara. I am still shocked. As a father, you ought to pay the bride price for your son because you received one for your daughter as well,” Moses complained, insinuating that there was a plan between the police and his father to frustrate him.

However, he did not state at which police station he was held and rather focused on further alleging how his father broke his heart. Moses told the TV station that he had not disagreed with his wife.

“They went to the bride’s home and took away the two cows we had paid. I did not resist being taken in by police but only demanded to know why I was being apprehended.

“I have a daughter with my wife and everyone in the village is familiar with that. I do not know what my parents’ intentions are, but they seem to be ulterior,” he complained while crying.

The brother, who was standing by his side, added that the father had broken the Ameru people’s culture by repossessing the dowry. He wondered why the father was hellbent on breaking up his son’s marriage.

“Dad! Let him be! Whoever I (or my brother) loves is our problem and kindly do not interfere. I have never heard dowry being returned once paid, according to the Meru traditions.

“Our father is causing chaos separating my brother from his wife. Who do you want him to marry?” the brother vented.

Moses, the troubled husband, added that since his incarceration, he has been roaming from place to place seeking shelter as he was kicked out of their home.

He lamented that his wife came home with a Probox, while he was in jail, packed her belongings and left. His wife reportedly never alerted him of the developments.

“As we speak, I have nowhere to sleep. My clothes are worn out. I do not hate my wife as I always pray to God to bless us with more kids.

“If my father thinks that whatever he has should be his, then let it be. Dowry should not be refunded as it is tantamount to bringing a curse back home,” he expressed his frustrations.

The two brothers demanded their father to share their inheritance and allow them to live their own lives. Their father had not yet responded to the allegations by the time of publication.

“I will not bother anyone and I am leaving it all to God. Vengeance is for the Lord,” the young man, nevertheless, rested his case.