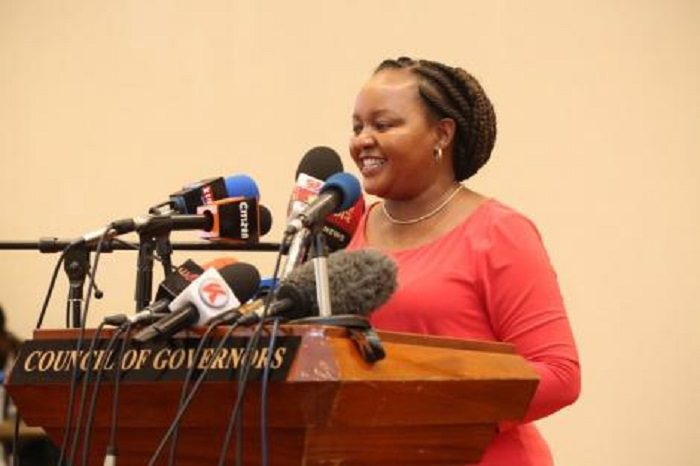 While addressing residents of her county on Wednesday, September 22, Waiguru agreed with their call to defend her seat on a UDA ticket.

Defending her move, Waiguru stated that she was only following the electorates’ wish in order to defend her gubernatorial seat.

The residents shouted in unison, endorsing her decamping from the ruling Jubilee Party to UDA.

“If they ask me why I chose that party, I will tell them that the people of Kirinyaga picked it for me,” Waiguru stated amid cheers from the crowd.

The first-time governor recently hinted at possibilities of changing her political affiliation ahead of the 2022 General Election.

She has been a staunch supporter of the Jubilee Party faction affiliated with President Uhuru Kenyatta and had from 2018 affiliated herself with ODM leader, Raila Odinga.

In September, however, she came out to criticise the Building Bridges Initiative (BBI) after the Court of Appeal nullified it, describing it as unpopular in the Mt Kenya region.

She later claimed that her statement on the BBI had led to EACC summons, which she termed as political persecution.

Waiguru had earlier raised fears that she could lose her re-election if she vied on the ruling party ticket in the 2022 General Election.

Apart from that, On Friday, September 17 she turned down all the running mate offers from various presidential candidates for the 2022 General Election, stating that her main focus is to get re-elected as governor of Kirinyaga.

The embattled governor confessed she had received numerous offers to be a possible running mate to leading presidential contenders, but declared she is only interested in defending her seat.

“At this point in time, I am seeking to be re-elected as governor of Kirinyaga County. The day the position changes, I will make it public,” the governor remarked.

She added, “If I ran today on a Jubilee ticket and someone else ran on a different party, even if people felt I had performed, it would be hard to convince them to vote for me.”

Videos of the Entrepreneurs Forums at the SME Biz Hubs at Chase Bank.