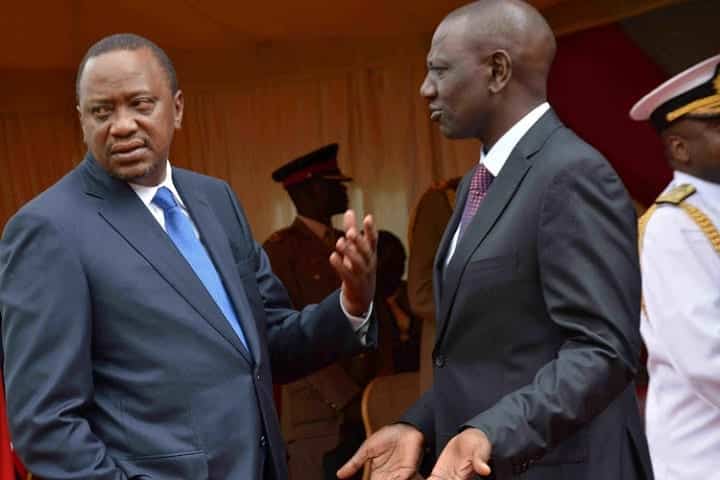 The Church is at the crossroads over plans to reconcile President Uhuru Kenyatta with Deputy President William Ruto.

Some of the president’s allies say the differences between the two leaders may be deeper than the public knows, hence the need to reach out to the Head of State before any talks take place.

Jubilee Vice Chairman David Murathe, an insider in President Kenyatta’s administration, told Nation of “classified information” about the differences between the two leaders.

Without elaborating, Mr Murathe said the issues may be so deeply rooted that discussions on the truce might not come to pass.

“The bishops should demand a meeting with the President to be told the reasons for their parting of ways. I’m sure there is some classified information that has informed the President’s action,” Mr Murathe told Nation.

The clergy last week reiterated calls for a truce between the two leaders, saying their public fights are not good for the country.

The Kenya Conference of Catholic Bishops, the National Council of Churches of Kenya and the Kenya National Congress of Pentecostal Churches and Ministries insist that the disharmony between the country’s most powerful leaders bodes ill for the nation’s peace and prosperity.

“We are deeply concerned that if this open disagreement between the President and DP is taken up by their supporters, the trickle-down effect across the country will be too dire to even contemplate,” the Catholic bishops said.

But nominated MP Maina Kamanda, of Jubilee Party, said the President was clear about his differences with DP Ruto – that it was all about his early 2022 campaigns that border on “insubordination.”

“During the launch of the Building Bridges Initiative at the Bomas of Kenya, the President was clear when he accused his deputy of behaving like a relay runner who decided to go back for the baton instead of waiting for it to be delivered,” Mr Kamanda said.

He criticised the Church for “burying its head in the sand when the country needed its help at the height of the post-election violence following the past disputed election”.

“The Church should first lead reconciliations over the burning of Kiambaa Church in Eldoret, at the height of the 2007-2008 post-election violence before indulging in politics,” said Mr Kamanda.

“Confusion galore. How do church leaders want politics out of church but want to mediate political disputes? In any case, where were they when the nation was tearing down the middle in 2018? Trying times to be faithful,” said Dr Amollo.

‘How the church failed’

“Religious leaders invariably adopt the politics of running with the hare and hunting with the hounds. We must resist them with the teachings of Jesus, Mohamed, Tutu, Mbiti, Thich Nhat Hanh, liberation theologians, and others. Alternatives to them exist.”

Political commentator Anderson Ojwang’ says the Church got it wrong on the proposed reconciliation between the two leaders.

“The church failed or selectively opted to ignore serious issues beforehand. Is Ruto an equal of Uhuru in the leadership hierarchy? No. The Bible says we must respect those in leadership, so did Ruto respect Uhuru’s leadership and authority? No. Titus 1:3. Remind them to be submissive to rulers and authorities, obedient, ready for every good work. Was Ruto submissive and obedient to President Uhuru when he asked him to stop early campaigns and join him in developing the country?”

The church, Mr Ojwang’ further said, failed to stand for truth by “failing to ask Ruto to publicly apologise to the President before any reconciliation agenda could be mooted”.

“The saltiness of the Church seems to have died with the late bishops Henry Okulu and Muge, Archbishop Gitari, and Cardinal Otunga, among others who stood out for truth and never went to bed with the State,” he said.

“In a school set up, if the deputy is at war with the principal, it is he who faces disciplinary action for insubordination.”

Despite the clerics’ calls for a truce between the Head of State and the country’s second-in-command, the former is yet to respond even though Dr Ruto has obliged.

“I’m very ready now that the bishops have said they want to reconcile me with my boss. We were elected together by Kenyans, who gave us the responsibility of running this government for a particular period of time,” the DP said last Week.

Although the DP agreed to have talks with the President for a truce without conditions, some legislators allied to him have issued terms including asking the President to stop Cabinet Secretaries from “disrespecting” Dr Ruto.

They also want President Kenyatta to desist from “influencing his succession”.

Other conditions are reviving stalled projects, restoring the DP’s responsibilities back and “a stop to the use of the justice system to persecute Dr Ruto’s followers”.

“The conflict between the two leaders stemmed from the President’s meddling in 2022 succession plans and attempting to impose his preferred person on the people of Kenya,” Mathira MP Rigathi Gachagua said.

“Ordinarily, there should be no conflict between the two because one is outgoing and the other is incoming.”

“President Kenyatta has a right to support anyone he wants to, but he should not influence his succession. Let him emulate President Mwai Kibaki,” he said.

The Most Famous Kenyans In Africa-Prezzo, Camp Mulla, Jeff Koinange