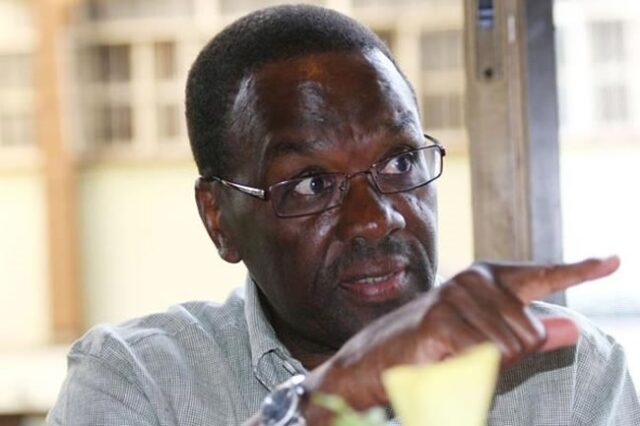 Former Chief Justice Dr Willy Mutunga has announced that he’ll soon be travelling to Canada, in a bid to bring exiled lawyer Miguna Miguna back to Kenya on November 16, 2021.

In his statement published by The Elephant on October 20, 2021, Dr Mutunga condemned the government for disobeying court orders issued in favour of Miguna, adding that the vocal lawyer should be allowed back in the country unconditionally.

Explaining why he’s decided to take the bold step, Mutunga said: “I have taken this extraordinary step for two fundamental reasons. The first is because of the continued, flagrant and reprehensible defiance of the Government of Kenya, its agencies and senior officials, against the numerous valid court orders in favour of Mr Miguna.

“The second reason why I have decided to undertake this journey is to support and defend the independence of our judiciary, its authority, and the people’s confidence in it.”

The former CJ has urged members of the legal profession, human rights activists, journalists and Kenyans at large to “join us as we take a stand against the culture of impunity, lawlessness and barbarism that is slowly creeping upon us.”

As he prepares to embark on the journey, Dr Mutunga has issued seven demands to the government seeking to ensure Miguna’s smooth return on November 16.

Here are the seven demands as listed in his statement:

1. Immediately and unconditionally withdraws the red alerts that it has issued against Miguna Miguna and allows all airlines to fly Miguna Miguna to Kenya.

2. Publicly apologizes to Miguna Miguna and to all Kenyans for the violations of the constitution and for the contempt of court, and complies fully with all court orders including, but not limited to, those regarding reparations and costs.

3. Ensures that Miguna Miguna is not removed from the plane before or after it lands at the Jomo Kenyatta International Airport.

4. Ensures that no security and immigration officers block Miguna Miguna’s entry at Jomo Kenyatta International Airport, or at any other port of entry.

5. Complies with the notice that will be given to the Inspector General of Police not to interfere with, disrupt or threaten Kenyans who travel to Jomo Kenyatta International Airport to receive Miguna Miguna, and ensures that everyone is accorded their full rights of assembly under Article 37 of the Constitution

6. Ensures that Miguna Miguna’s rights are safeguarded, including his right to be issued with a valid Kenyan Passport, his right to free speech, association, assembly and travel, and to be safe from arbitrary arrest, detention, harassment, threats, intimidation and abuse

VIDEO: Maribe, Joseph Irungu to spend another week in remand

Immigrants facing deportation don’t always have to leave the U.S. Here’s what they…

The man who was saved by Jomo Kenyatta for bullying Uhuru

VIDEO: Raila leaves the crowd at Narok Stadium in a frenzy as he waves goodbye