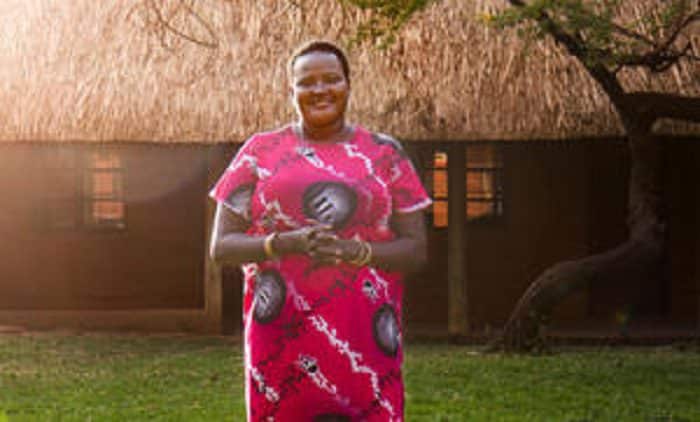 Kenyan Woman Josephine Ekiru has received a global award in recognition for her efforts in peacebuilding in Northern Kenya.

During a virtual award ceremony held on Wednesday, October 20, the United States Institute of Peace (USIP) announced Ekiru as the recipient of the 2021 Women Building Peace Award. At the ceremony, the Kenyan peace ambassador was described as a heroine whose efforts deserved recognition.

According to a statement released by USIP, Ekiru emerged the winner out of a final list of 125 nominees who had been selected from 30 countries all over the world.

“Ekiru is the Peace Coordinator for the Northern Rangelands Trust in Kenya, a unique peace group that brings together more than 320,000 indigenous people in Northern and Eastern Kenya as they work together to stop conflict and conserve land,” read the statement.

In addition, the 35-year-old, who hails from Tukana County, was also recognized for her efforts in wildlife conservancy through various campaigns initiated by her group.

“She has guided her own tribe and others in forming community conservancies that can preserve lands and wildlife, and reshape the economy to better meet people’s needs.”

“Ekuru led her own people, the Turkana, in establishing one such conservancy, ending recurrent warfare with the neighboring Borana tribe,” read the statement in part.

During her nomination, the 35-year-old stated that she had always dreamt of becoming an administrative officer who advocates for the conservation of trees and wildlife. She noted that inadequate resources in the region were a key contributor to conflict in her community.

“My first task was to hire 14 staff from Turkana and Borana. I divided those jobs, and benefits from the conservancy, 50-50 between them. That is how I started building the relationship and the trust between two groups so recently at war,” Ekiru stated.

On her part, Nancy Lindborg, who chairs the awards council, described Ekiru’s peace efforts as remarkable, adding that they would use her initiatives as a benchmark for similar programs.

“Ekiru is a heroine. Her work to build peace in northern Kenya is a model for all of us,” Lindborg remarked.

The USIP is a prestigious award that recognizes the efforts of peacekeeping initiatives that are led by women all over the world.

How Safe is Money in Kenya’s Banks? They are getting closed left and right

A LETTER TO MY KENYAN SISTER; ACCEPT YOURSELF, YOU ARE BEAUTIFUL NATURALLY.