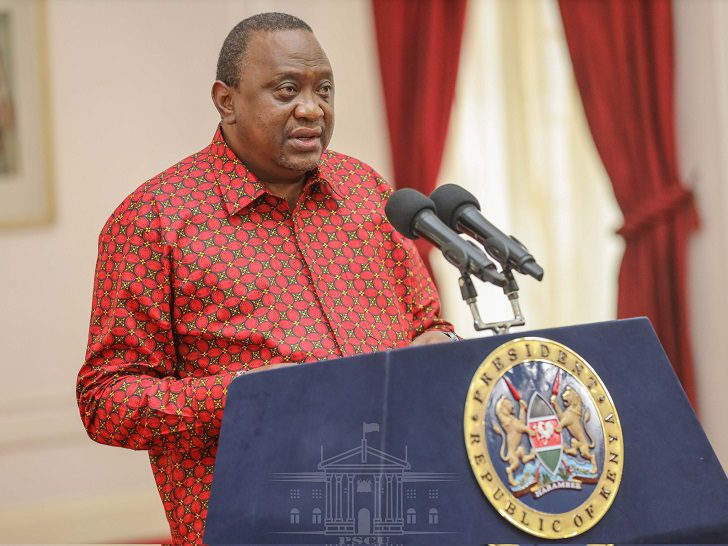 President Uhuru Kenyatta has responded to the Pandora Papers leak that linked his family with 13 offshore accounts; one of which has assets valued at over $30m which translates to Kshs3.3 billion.

The exposé accused that the Head of State and his family of owning billions of shillings in offshore accounts; in the latest leak of financial documents that uncovered the dealings of world leaders, politicians, and billionaires.

In a statement by State House Spokesperson, Kanze Dena, Uhuru said the report will help in enhancing the financial transparency required in Kenya and around the world.

He noted that illicit funds, proceeds of crime and corruption thrive in environments of secrecy and darkness, adding that follow-up audits will reveal those who cannot explain their wealth.

“Whilst I will respond comprehensively on my return from my State Visit to the Americas, let me say this: That these reports will go a long way in enhancing the financial transparency and openness that we require in Kenya and around the globe. The movement of illicit funds, proceeds of crime and corruption thrive in an environment of secrecy and darkness,” said the President.

“The Pandora Papers and subsequent follow up audits will lift that veil of secrecy and darkness for those who cannot explain their assets or wealth.”

The BBC reported that President Kenyatta and six members of his family secretly own a network of offshore companies. The Kenyatta family was linked to 11 firms; one of which has assets valued at over $30m which translates to Kshs3.3 billion.

It was further reported that a foundation named Varies was set up by the Kenyatta family in 2003 and Kenya’s former First Lady Mama Ngina Kenyatta is reportedly the first benefactor while President Kenyatta is the second beneficiary.

According to The Guardian, the assets accumulated by the Kenyatta family include property in London.

The Pandora Papers revealed financial details of 35 current and former presidents, prime ministers, and heads of state. Other influential persons mentioned in the leaked documents include; senor public officials like ministers and judges from over 90 countries across the world.

Word of the Day:Satisfied in Christ