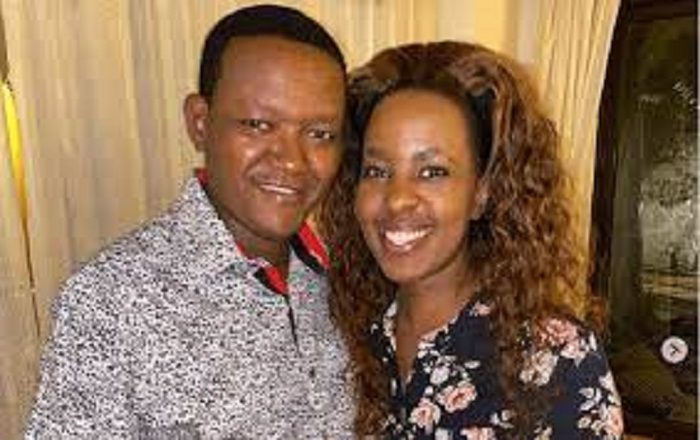 Just over two months ago, Machakos Governor and his longtime partner Ms Lilian Nganga made public announcements ending their ten year relationship. Ever since , the two have hogged the headlines in the country both mainstream and on social media. The two at the time said their breakup was amicable , and that they will continue being good friends. However, allegations of threats, forgery and property row have surfaced and the ‘good friends’ promise quickly fizzled out. An exclusive interview with a local newspaper however has seen Ms Lilian try to clear the air and here’s her story.

How she Met Mutua and life as Fist lady

According to miss Nganga, she and Alfred Mutua met on a Mombasa bound flight while she was a cabin crew. The flight was over booked and Mutua gave his firsts class seat to the late Mutula Kilonzo and went and sat at a jump-seat at the cockpit. “As a cabin crew we are supposed to be nice to people. In that process, we exchanged greetings and when he was allighting , he gave me his card.” She said and as they say, the rest is history.

On life as first lady, Lilian says she didn’t sit pretty and enjoy the high-life as people think. In her own words , the former Machakos first lady said that those attacking her that she used to enjoy as first lady are clueless. “That was just a tittle, there is no allowance for being a first lady. You don’t get a salary.” She said. Though she also goes ahead to contradicts her earlier statement and admits she enjoyed her stint and that she is proud of what she did as First lady.

Why I Broke up with Alfred Mutua

” We have had our issues over the years. There were inconsistencies from him. Most of the time we resolved these issues. However, last year the issues could not be resolved after I called him out. The second issue was being a control freak. Over the years I have always done things his way. Last year I to him I needed to do a few things independently, but he was not comfortable with that. It led to a lot of fights between us. ” She narrated

“I decided I was not going to make it a norm for men to keep messing up and me as a woman is expected to keep putting up with everything but I had had enough. I don’t want to go into details about other stuff over that years. But those are the main reasons I left Alfred.” Added the 36 year old.