Gospel singer Guardian Angel and his girlfriend Esther Musila have started the year on a high note, with the lovebirds exchanging vows at a secret wedding attended by family and close friends.

Pictures of the couple at their wedding surfaced online creating a social media buzz. Video below by Mpasho Live

Hours later Guardian let the cat out of the bag posting pictures of his wife in a wedding gown on his Instagram page.

“And on my birthday, God did it again. Mr.& Mrs. OMWAKA #lovewins,” wrote Guardian Angel.

Musila and Guardian made public their relationship in 2020 after dating for a while.

Their relationship aroused mixed reactions especially as Musila is 20 years older than the singer. 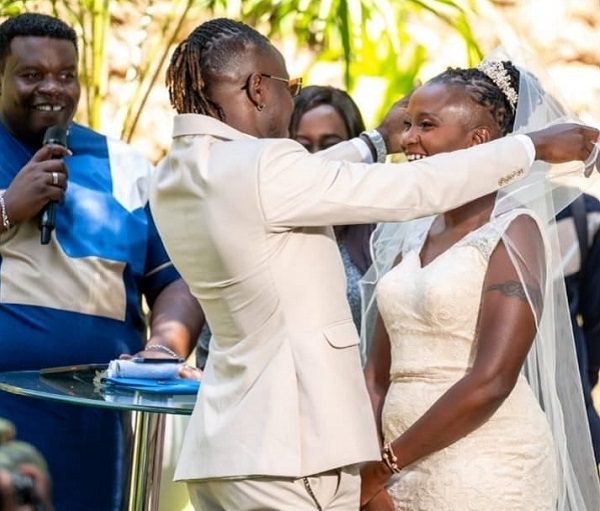 In a recent interview with the Nation, Guardian revealed the tribulations that he and his partner had to go through.

The misconception people have about him, he says, is that they think his relationship with Esther is about money.

“People would always see what they want to see. But if they would look closely they would see a huge difference in the person I was before and after she entered my life, and the difference is for the better. I have been with her for three years now and if we were faking it, then we would have broken up by now,” he said.

Esther also admitted to having gone through some rejection by some of her close friends whom she considered family because of her relationship with Guardian Angel.

“In the beginning it was tough, like what Guardian said people accused him of being after my money. I was accused of wasting his time since he will not be able to have kids with me,” she said.

“I lost friends, people whom I had known for years, and for me I actually felt sorry for them because I thought they meant well for me but it seems our friendship was not all that meaningful to them,” she said. 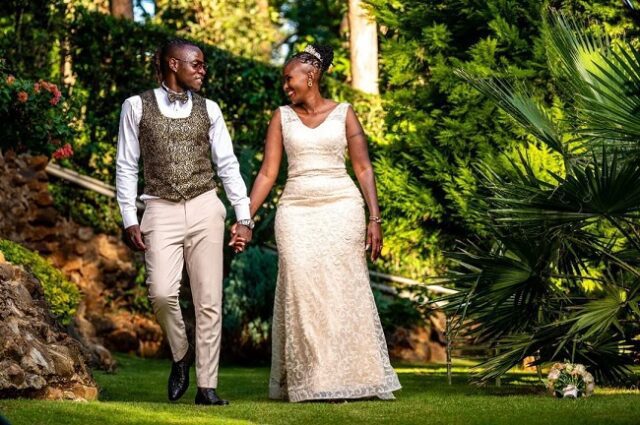 She says she is now used to the stares and whispers whenever she walks into a room.

She claims that she never would have imagined finding herself where she is right now, and she is loving every single moment of it. 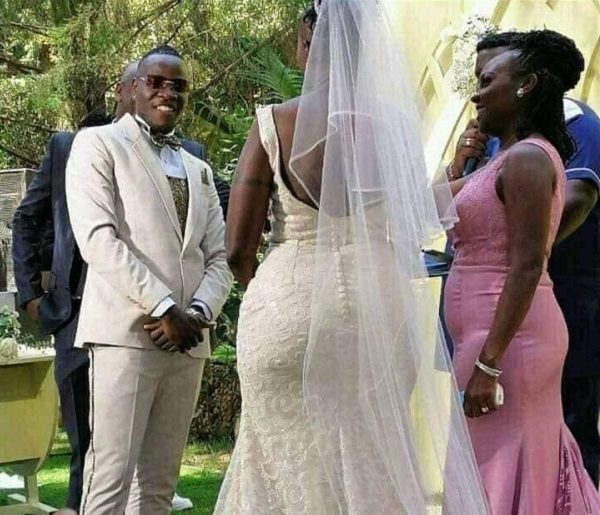 Word For The Day: The babies jostled each other within her

Choice gives Diaspora community a chance to Invest for the future