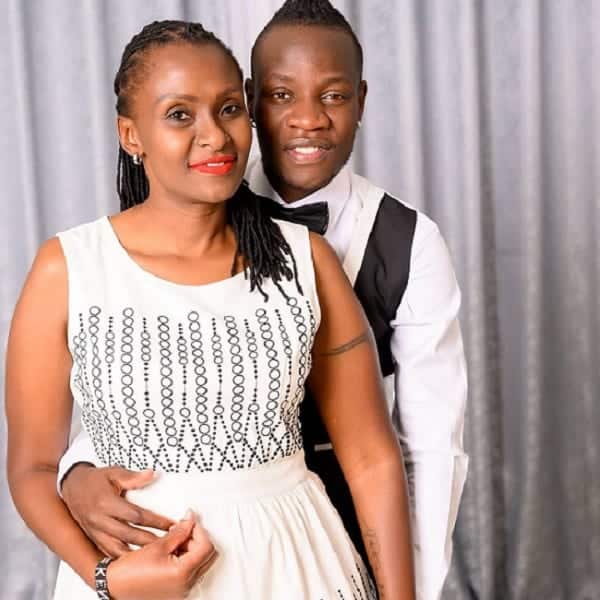 Gospel Singer Audiphaxed Peter Omwaka, popularly known by his stage name ‘Guardian Angel,’ has been making headlines this year thanks to his relationship with fellow gospel musician Esther Musila. That said, Guardian Angel is one of the most talented gospel artist in Kenya. His music speaks to the soul and this is evidenced on his YouTube videos that garner millions of views. Here is his story.

Guardian was born and raised in Kitale by a single mum. His mother conceived him while she was still in college. This did not go well with her mother who chased her telling her to go stay with the man who was responsible for the pregnancy. Guardian Angel’s mother faced another rejection after her ‘baby daddy’ denied responsibility. Luckily, Guardian’s mother found a friend and stayed with her until she gave birth to Guardian.

She took the baby (Guardian) back to her mother (Guardian’s grandma) as she had found a job in the city. Guardian’s life came to a standstill when his grandfather made a decision that the kid should go to his biological father so that he can be included there and secure land thereafter as an heir of the family. That did not see the light of the day as his biological father denied him.

Bad luck struck again after her mother found herself jobless. She moved to a friend’s house and Guardian found himself as a street kid living in the streets and entirely depending on garbage trucks and well-wishers. Guardian’s life took a turning point when he was rescued and taken to a children’s home (Ahadi Children’s Home), where he grew up his music career.

He started his music career while in high school back in 2011. The award winning artist participated in music festivals and drama. At one point while in high school, he managed to win ten awards in the National High School music festival, a record that no one has managed to beat to date. After high school, he released a solo album called the ‘living bread.’ Since then, he has become a popular gospel with his back to back hits.

Guardian Angel is dating Esther Musila. She is 51 years old, a mother of three, aged 29, 26, and 22 years old, respectively.  Their relationship sparked a heated debate on social media platforms with a section of his followers arguing that Guardian should date women in his age bracket. In a separate interview, the artist stated that he wasn’t in a romantic relationship with Esther.

Speaking on Milele FM, Guardian Angel said of his relationship with the mother of three:

“She is a fan, I love all my fans unconditionally. She is a very close friend who I spent a lot of time with…”

Esther revealed that it was Classic FM radio presenter Maina Kageni who had connected them. Maina has been supportive of the relationship.

Guardian Angel proposed to the surprise of Esther who thought her lover was taking her out for a birthday party and she said yes!

Guardian said of the surprise:

“Thank you, my love. She left home knowing we were going to sign a deal, it turned into a birthday surprise then turned into the most special day of my life…” 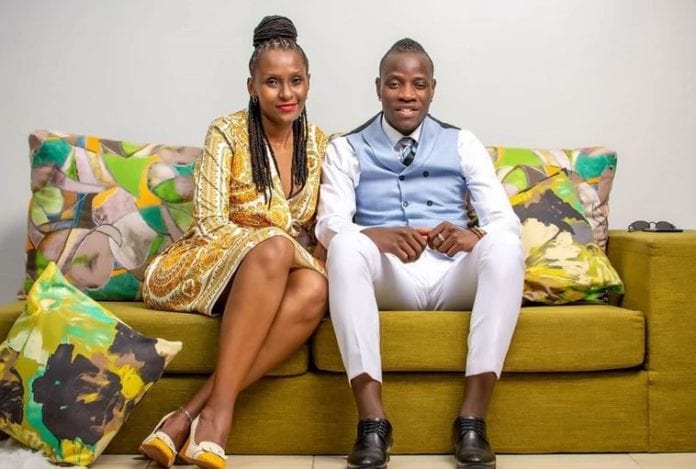 A KENYAN LADY HAS PASSED AWAY IN BIRMINGHAM, UK