Breaking The Bias On Discrimination Of Women In Politics In Kenya

The international Women’s month is here and so is Kenya’s election year. Women face disproportionate attacks during election period.

ARTICLE 19 Eastern Africa has conducted research on women technology assisted Violence Against Women TECHVAW and the findings showed that digital harassment leads to women withdrawing from the use of the Internet and in many cases they have stopped working, It has also changed the patterns of online interaction by women.

The research findings have also shown that hacking, stalking and threats appear to be the most common forms of digital harassment of women, of which, most of these attacks have lasted a day or so.

In the said research, 54 per cent of the respondents rate their knowledge of digital security tools and practices as good and 29 per cent as workable. Most of these tools are inbuilt in the devices that women politicians and journalists use and include simple practices like passwords and screen locks.

The 2022 Kenyan Electioneering period have already begun on a very high note. However, the media is giving little coverage to women politicians if at all. We see numerous political rallies being covered but hardly any women in the limelight. This leaves many wondering whether there are women vying for positions or is it that the media has neglected the women.

We have seen men political leaders vying for presidential positions and signing coalition agreements. Not so women. This leaves many wondering if women are not interested in the presidency; Do they have the needed support? Do they lead any political parties or are they simply not interested in vying for the highest office in the land? previous attempts by women such as Charity Ngilu, and Martha Karua were a good pointer in the right direction but this seems to have faded with time, with this dream shoved away.

#BreakingTheBias where the women, are nowhere in the political arena but busy backing the men and letting them run the country. This is a question to all the women; this is a question to our political leaders. Are we embracing a presidential candidate who is a woman? Are we giving support to our women and encouraging them to take up this position? For how long will men hold the top leadership position?

Women, have we agreed that only a man can run this country? If not, what are we doing about it? Is it that we don’t have strong women candidates in this country or the only powerful and eligible candidates are men? What are we teaching our daughters and sons? Are we teaching them that only men can lead? Have we taken the back seat and decided to allow the man to lead? Is our political environment favourable for women to vie for different political positions or we have deliberately made it hostile for women?

The media need to promote women leadership by encouraging the women to vie for the presidential position by inviting them more on political panel discussions, and offering them more coverage with the same focus as the men and as such, the women will not opt for the other seats and not the presidential seat, then, will we have a media that support women candidates vying for presidency. We need to see more spotlight on women candidate as much as their male counterparts.

#BreakingTheBias let the media offer support to our women and bring out the best in them. Let’s not only focus on women when it comes to matters corruption; Let us focus on women as leaders and support them. The media lead in enabling the right to information and let the Kenyan women be supported in expressing themselves when it comes to vying for higher political positions. 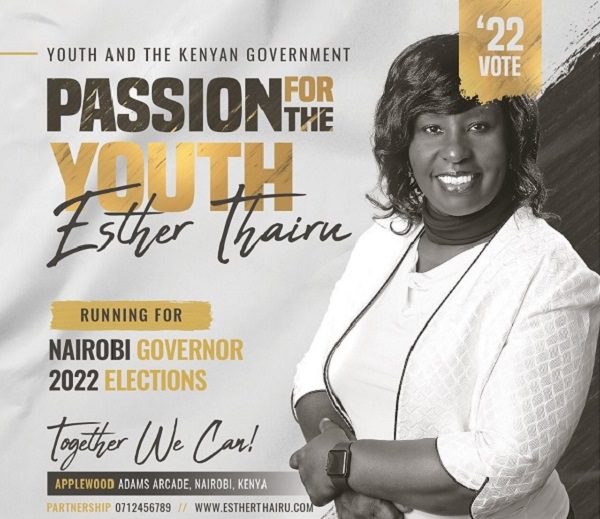 Breaking The Bias On Discrimination Of Women In Politics In Kenya

VIDEO: General Badi Reveals How He Sneaked Uhuru To Mukuru At Night