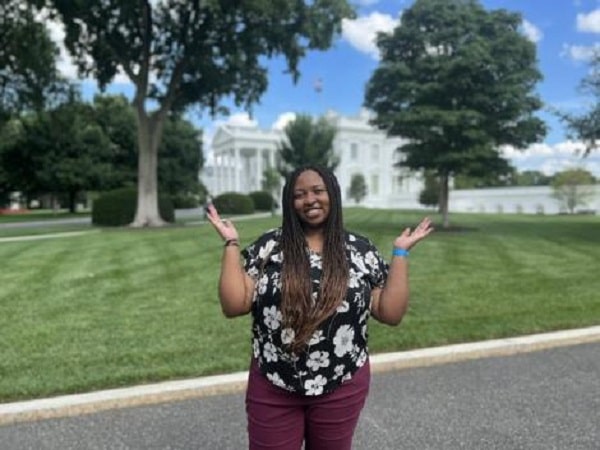 Kenyan-born photographer, Polly Irungu, has been appointed as the first photo editor for the office of US Vice President, Kamala Harris.

Irungu shared the news on Friday, July 29, stating that she was excited about assuming the new role.

Her appointment, she stated, was a show of faith by President Joe Biden’s administration in her immense talent.

“New chapter. I’m excited to announce that I’m the first official Photo Editor for the Office of the Vice President in the Biden-Harris Administration. Honoured and grateful is an understatement,” she announced.

Irungu, who was born in Nairobi, will be tasked with editing photos for Biden’s deputy.

Ruto To Visit US President Joe Biden At The White House

Kenyans on social media congratulated her on the new milestone following her announcement.

“I have followed you since you were a social intern at National Public Radio (NPR) and it’s beyond amazing to see all the incredible things you’ve done.

“You are a true light to my timeline and the world. Congratulations and good luck,” one Ali Nugent stated.

Prior to her appointment, Irungu served at the International Women’s Media Foundation (IWMF) – a position she held since April this year.

She has also worked for other multinational organisations such as LinkedIn and We Transfer.

Some of her work has been featured on some renowned media platforms such as The New York Times, Reuters, BBC News, CNN and the Washington Post, BuzzFeed and CNN.

Additionally, she is the founder of Black Women Photographers (BWP), a platform that showcases the work of over 1000 black photographers around the world.