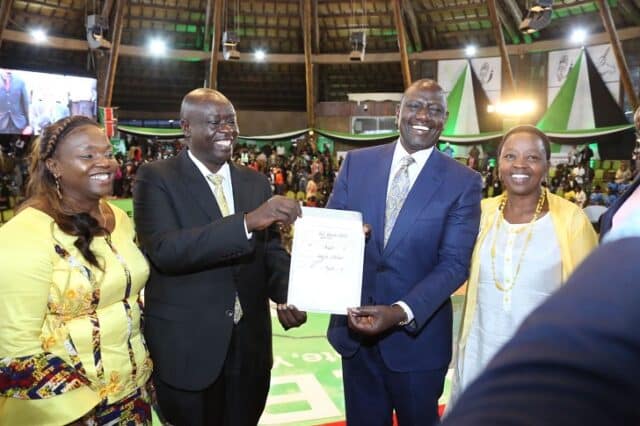 Immediately after the announcement by Mr. Chebukati, Ruto mentioned that he talked to Odinga on Monday morning stating that they agreed to have a conversation irrespective of the outcome.

“Maybe I should disclose that this morning I called my opponent, Raila Odinga and we agreed regardless of the outcome of the elections, we should have a conversation.

“He had offered in his statement in Kasarani that he would be available for a handshake and I said that I will be available for us to have a cup of tea because there are areas we can agree on moving the country forward,” the President-elect stated.

At the same time, Ruto noted that he had not yet spoken to President Uhuru Kenyatta but added that they would have a conversation.

“I’m sure there’ll be a conversation because now I am the President elect. There has to be a transition,” he said.

On the other hand, Former Prime Minister Odinga is yet to comment or issue a statement after the results were announced by Chebukati.