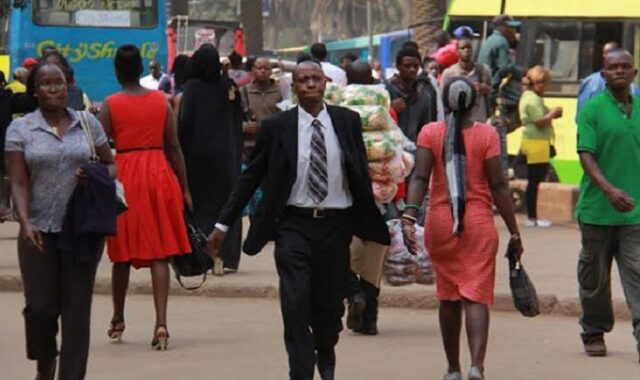 Kenyans have so far borrowed close to Sh7 billion from the Hustler’s Fund since it was launched last week. By 7 am Saturday, the amount borrowed stood at Sh. 6.9 billion while the amount paid back stood at 854,966,087

Those who have registered for the government’s kitty are now 14.5 million Kenyans.

From the amount borrowed, Sh. 3.4 million have been channeled to the savings account.

Total transactions are now at slightly above 12 million with repeat borrowers increasing to 837, 287.

The Hustler’s Fund is one of President William Ruto’s Flagship Project and was launched on November 30.

For one to qualify for the fund, one must be a Kenyan Citizen who is 18 years and above, own an identity card and have a registered phone number by either Safaricom, Airtel or Telcom.

Personal loan limits will be capped at a minimum of Ksh500 to a maximum of Ksh50,000 which will be determined by the borrower’s credit score.

Credit limits for personal loans will be increased depending on a person’s performance, that is, their consistency in borrowing and repaying without defaulting.

“The limit shall be reviewed and adjusted based on the borrowing and repayment history of previous Hustler Fund loans taken,” the government stated.

Approved loans, which will be disbursed to a mobile money account, will attract an interest rate of 8 per cent per year, computed on a pro-rated basis.

He indicated the government would increase the amount to Ksh10 million after a successful trial.

Unlike other credits, the government will not apply the processing fee before approving the loans.

However, the beneficiaries will receive 95 per cent of the loan. The remaining 5 per cent will go into a personal savings scheme.

“The savings scheme will split savings into 70 per cent long-term and 30 per cent short-term savings,” the government explained.

Successful applicants must be Kenyan citizens above 18 years. They must also have a valid national Identification Card (ID) and registered mobile number from a recognised mobile network operator in the country, among others.

Loans repayment will be made from the mobile money account. Through this process, one can repay the debt amount.