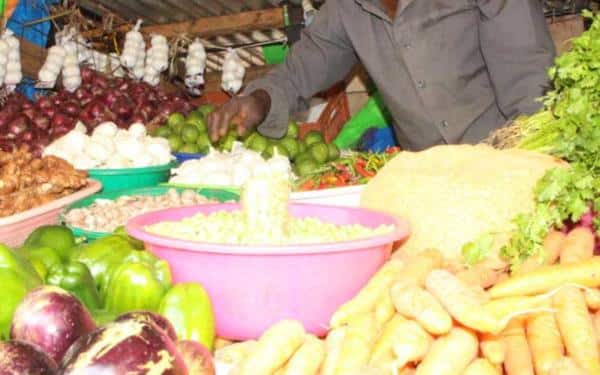 The story is told of a smartly dressed banker who walked along a Nairobi street outside the institution he worked for. He got talking with a woman who always sold sukuma wiki and other vegetables in one spot on the pavement.

The woman asked him to help her fill out a bank deposit slip. Over the next few days, the two formed an acquaintance and the man helped her with several transactions.

From these transactions, the banker learned about the woman’s huge bank balance. Astonished, he asked if all her earnings came from the vegetables she sold.

On learning that everything had been earned from hustling on the streets, the banker felt challenged.

He resigned from his job, bought a pick-up truck and is today a successful supplier of goat meat to several Nairobi entertainment spots.

Paul Gathu had been a teacher for 20 years, but was interdicted after running into trouble with his head teacher. With savings of only Sh40, 000, he went to Nairobi to start hawking fruits and vegetables along some city streets.

Within a week, he had specialised in vegetables popular with some residents of Asian origin in one upmarket estate. Over the years, Gathu would deliver these vegetables to his customers’ doors.

“In five years, I have been able to buy a pick-up truck and now supply several hotels, schools and hospitals with food,” says Gathu. In his estimation, he is worth at least Sh5 million.

These two examples illustrate a frequently asked question: Do full-time and street-wise hustlers get richer than professionals who hold regular and well-paying jobs?

James Kung’u, a certified public accountant and lecturer at Nyandarua Institute of Science and Technology, says some professionals can accumulate vast riches when they venture into fields that are in line with areas of their expertise.

Kung’u says there is often a grave danger if employed people venture into businesses that require their constant supervision such as hotels and retail shops.

“This miscalculation could be the genesis of the street perception that people in suits and ties often make proud and poor investors unlike full time hustlers who have an intense personal connection with their clients,” he says.

Employed investors often leave their businesses to their spouses and other kin while they are busy at work and herein lies a big risk.

“Some customers will only come when the actual business owner is in due to his or her unique personality and charm, which are crucial factors in entrepreneurship. Sadly, this personal quality can never be replicated in one’s kin and so clients take off, dealing a blow to the business,” says Kung’u.

On the other hand, full-time entrepreneurs, especially the streetwise kind, have all their wits about them.

“Often, they see many opportunities for investment and can dirty their hands in practically any business.”

They are not constrained by time, work ethics or social class, which frequently conscript employed people to safer and socially acceptable investments.

Humphrey Mokaya, a banker with a micro-finance institution, says formally employed people often live in their employers’ dreams and image and forget themselves.

“On the other hand,” says Kung’u, “many self-made entrepreneurs with little formal education are often averse to consultancy of any kind and frequently flounder when their businesses reach maturity stage.”

He adds that in the event of market upheavals, entrepreneurs with a formal job and some education can change tack and incorporate new concepts and move on easily.

The sourcing of credit between the two kinds of entrepreneurs is also different.

“Whereas an employee with a steady salary only needs an employer’s guarantee to get a check-off loan, it is a different world altogether for street hustlers,” he says.

There are micro-finance institutions that specialise in these kinds of investors. They recommend that a few people band together in a small group and guarantee each other.

“When one of them defaults, other group members are not eligible for credit until the defaulting member’s loan is distributed among them and cleared,” says Kung’u.

In many micro-finance institutions, loan disbursement is not immediate and people repaying existing loans while saving at the same time can stretch their repaying ability and consequently put a lid on what they can comfortably borrow.