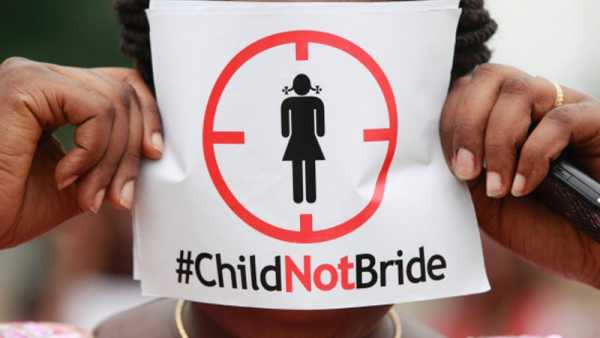 As a new international initiative seeks to stop child marriages, church-based centres in southern Kenya are an example of faith organisations providing a haven for girls and educating communities about the issue – writes Fredrick Nzwili.

Former US President Bill Clinton’s Clinton Global Initiative on 20 September announced in New York a partnership of organisations worldwide seeking to spotlight the dangers of marriage for girls under age 18 years.

In the developing world, one in three girls is married before the age of 18, usually marking an end to their schooling and exposing them to higher risk of injury and death due to early sexual activity and childbirth, said the announcement. The practice is estimated to affect 10 million girls.

“I find it astounding that this issue does not receive far greater attention. We … commit to working together to end it,” Tutu said. “This is about the human rights and squandered potential of hundreds of millions of girls and the women they become,” Robinson added.

VIDEO: Christina Shusho Urges Women Not to Stay in Toxic…

Meanwhile, in southern Kenya, in the rural area known as Maasai land, church-run centers act as a shelter for girls fleeing the traditional practice of female circumcision (which is against the law in Kenya) and child marriage. The Maasai believe circumcision turns girls into women “ripe” for marriage.

“Our latest rescue was of two girls. They fled to the church after they knew of plans to circumcise and marry them off,” Pastor Samuel Ntetuya of the Kenya Evangelical Lutheran Church from Kajiado town told ENInews. “They are now enrolled in a school at a centre here run by the Adventist church.”

In Kenya, the legal age for marriage is 18. However, Ntetuya explained that at the moment many families that have lost their animals to drought and hunger were quietly giving out their girls for marriage in exchange for herds of cattle. “They see this as a way of restocking,” he said.

“We are trying to educate the community on the dangers of these marriages. We have been going to the community together with other pastors, community elders and government chiefs. Some are accepting our message while others are not,” said Ntetuya.

In Narok town, Sammy Mutisya, the manager of Osotua Rescue Centre in Ngong district, said the churches felt it was their biblical mandate to save the girls. The Full Gospel Churches of Kenya runs the centre.

After a girl is received, “we hold reconciliation meetings between the girl and her family. We show [parents] the value of education and the dangers of early marriages. By the time we call them, tempers have cooled down and many of the parents have heard the benefits of education,” said Mutisya.

However, he added, “some parents have refused to accept that their daughters defied them, even when they become adults.”

The Africa Inland Church (AIC) started a girl’s rescue centre in form of a boarding primary school in 2000 in Kajiado town which is now run by the government. The Adventist Church also runs the Kajiado Adventist Education and Rehabilitation Center, where girls are admitted.

[With acknowledgements to ENInews. ENInews, formerly Ecumenical News International, is jointly sponsored by the World Council of Churches, the Lutheran World Federation, the World Communion of Reformed Churches and the Conference of European Churches.]