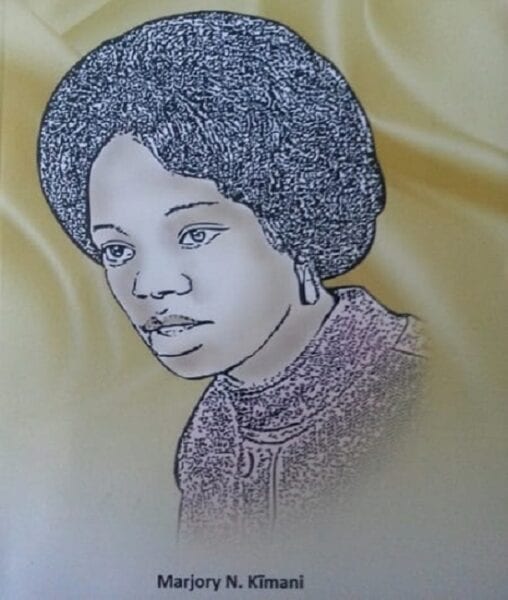 Micii-ini iitu is a magazine written in Gikuyu language.The magazine
was launched in May 2011 and will be published every three months. The
aim and policy of micii-ini iitu is to tackle various aspects that
can improve our readers’ lives. These include being informative,
educative, entertaining, initiating a cultural renaissance, gender
empowerment, spots,religion, etc.

Marjory Nyakĩago Kĩmani (author of Mũcĩĩ nĩ Mũcĩĩ), 8th born in a family of eleven, 8 girls and 3 boys was born and educated in Mathĩra, Nyeri, Central Kenya. She attended local Schools before joining Tumutumu for upper primary. She proceeded to Alliance Girls’ High School where she was exposed to different extra curricular activities such as drama, house competitions in traditional songs; where students had to memorize the songs in different languages from different communities in Kenya and practice new movements. She found this very fascinating, and since then developed a special liking for using her mother tongue as a way of communicating with friends.

VIDEO: Uhuru makes surprise visit to Nyeri,Mistaken for a…

After High School she took up secretarial training. While working for a law firm in Nyeri, her boss who was Asian would sometimes ask her to translate client’s statements from Gĩkũyũ to English and vise versa. At that time she was also taking guitar lessons and tried out composing gospel and secular songs. She recorded one. Then the thought of writing a book came into her mind and settled on writing family based stories.

Born and brought up in the Gĩkũyũ rural background, Marjory Nyakĩago Kĩmani has witnessed the evolving of the Gĩkũyũ family set up to its current form. A cultural enthusiast, she believes in the family as the basis of any sound society. She also believes that the truly African family story cannot be told adequately in a foreign tongue, which is all the more reason why she chose her native tongue to tell the story. Her novel, Mũcĩĩ nĩ Mũcĩĩ exhibits the passion in telling an African story in an African language. Mũcĩĩ nĩ Mũcĩĩ is her view of what a family is; its values and its place in modern African society.
Marjory’s story does not end there. In the year 2007, she established Furaha Cultural Centre in Mathĩra, Nyeri district where cultural activities take place including language lessons. More recently, in 2009, she established Bondeni Cultural Centre in Nyandarua district. Marjory is also the Patron of Kigamba Traditional Dancers in Limuru.

As she is proud to point out, her inspiration for culturally based activities comes from her late father who directed drama in the village social hall during the emergency period of the 1950s. As it turns out, her family members are similarly emergency: one sister is a story teller in America, another good public speaker. One brother is a much sought-after master of ceremonies, while another one has written a large collection of stories.
For Marjory, writing Mũcĩĩ nĩ Mũcĩĩ marks the peak in this fulfilling passion. She is currently working on Volume (II) of Mũcĩĩ nĩ Mũcĩĩ as well as working on an English Translation of Mũcĩĩ nĩ Mũcĩĩ.
Mũcĩĩ nĩ Mũcĩĩ will be published in May 2010. Watch this space for the announcement on publication.

NURTURE ​ YOUR TERRITORY -Positive And Impactful Side Of Territorialism

GOD IS TURNING YOUR MISERIES INTO MISSILES:Your Tears into Joy

Kenyan man jailed for ‘cowardly crime’ of kidnapping for ransom