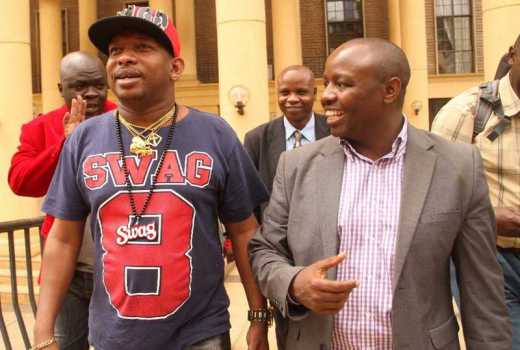 Raila flew from Kuria on Sunday evening to meet Sonko and former Kamukunji MP Simon Mbugua at the Serena Hotel for two –hours.

The PM is allegedly keen on wooing Sonko after nominated MP Rachael Shebesh defected to TNA.

“Yes we had a fruitful meeting with the PM. He told us that he is keen to work youthful leaders. We have given him a proposal and if everything goes well, we may find ourselves out of TNA,” Sonko told journalists on Monday evening.

Sonko however, did not reveal the contents of the proposal. Sonko said they agreed to meet some more.

“He was very positive with suggestion of us meeting again,” Sonko said of PM.

The flamboyant MP is worried that TNA may not nominate him for the Nairobi senator seat as Uhuru is facing pressure from his family to nominate Minister Beth Mugo.

However, Uhuru through his spokesman Munyori Buku denied Sonko’s claims.

“Uhuru has said from time to time that TNA nominations will be free, fair and democratic. There are no preferred candidates .Let the people decide. That position has not changed,” Buku said

Kenya American missionary on a special Gospel mission to Kenya