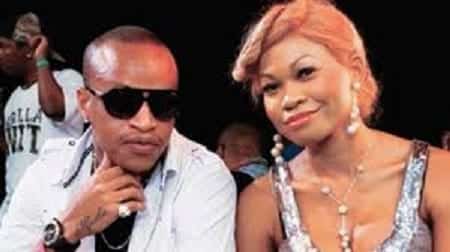 Goldie Harvey, one of  Nigeria’s popular singers is dead. Goldie is former Big Brother Africa contestant and ex-housemate of Prezzo. She reportedly passed on after she returned from a trip to the United States on Thursday night . A blogger who claimed she was called and informed of the incident  by the singer’s best friend Denrele Edun had first broken the news. The blogger also wrote that Denrele told her that Godlie who flew in from the US on Thursday died in his arms at a hospital in Victoria Island. All efforts to reach Denrele Edun on his phone proved futile. He has not also responded to questions sent to him via his tweeter handle as of the time of filing this report.

Goldie’s Twitter handle and Facebook fan page however bear the confirmation that she has passed on as the message “It is with heavy heart that I have to inform you all that Goldie passed this night shortly after arriving Lagos from LA. May her soul rest in the eternal peace of the Lord – Admin!!” was posted around 11 pm on Thursday.

Producer, Don Jazzy also wrote on Twitter, “RIP Goldie”. In the early hours of Friday, famous actress, Stella Damasus tweeted “Rest in peace Goldie. We will miss you dearly. God grant your family the strength to bear the loss. It is well.”

Goldie, whose real names are Susan Oluwabimpe Harvey was nicknamed “Goldie” because of her hair colour which was naturally golden. She was born in the early 1980s to an Ijebu mother and an Ikole Ekiti father. Her first single, “Komole” gave an idea of what she could do musically and since its release, Goldie never looked back. She represented Nigeria at the Big Brother Africa 7 in 2012 and was the last celebrity to exit the show, emerging as the 3rd runner up.

ICC gave me Sh200m to testify against Uhuru