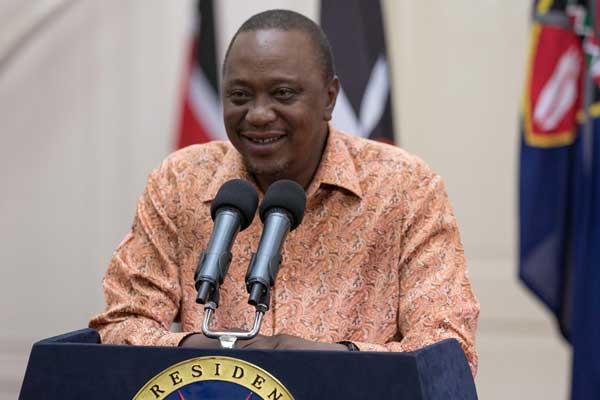 Twitter uproar: Botswana’s Foreign Affairs minister Phandu Skelemani has retracted a statement on Kenya president-elect Uhuru Kenyatta saying he is free to visit his country since he is “innocent until proven guilty”.

Mr Skelemani had earlier said Mr Kenyattamust not set foot in his country if he refuses to cooperate with the International Criminal Court (ICC).

“Botswana respects the rule of law and it’s cognisant of a section of the law that maintains “One is innocent until proven guilty,” read part of his statement below.

The ICC has charged Mr Kenyatta with crimes against humanity for bearing the greatest responsibility for the post election violence in which 1,133 people died and 650,000 were displaced. He is due to stand trial on July 9.

Mr Skelemani said he appreciated Mr Kenyatta’s cooperation with the ICC so far.

“I apologise to the Kenyan people for misunderstanding my earlier statement. I wish to maintain that Kenya and Botswana have always worked together and nothing will distract that.”

Mr Skelemani wished the newly elected president of Kenya and his government “all the best in the new responsibility of governing Kenya”.

Botswana has said Kenya President-elect Uhuru Kenyatta is not welcome in the country if he refuses to cooperate with the International Criminal Court (ICC).

The ICC has charged Mr Kenyatta with crimes against humanity for bearing the greatest responsibility for the post election violence in which 1,133 people died and 650,000 were displaced. He is due to stand trial on July 9.

“If he refuses to go (to The Hague), then we have a problem. That means that they do not know the rule of law. You can’t establish a court and refuse to go when it calls you. If he refuses, he won’t set foot here,” Botswana’s Foreign Affairs Minister Phandu Skelemani told Mmegi, a Botswana daily.

Mr Kenyatta was declared President-elect by the Independent Electoral and Boundaries Commission (IEBC) on Saturday.

However, his closest challenger, Raila Odinga, has disputed Mr Kenyatta’s victory and said he will contest it in the Supreme Court.

The Kenyan Dollar millionaire cooking ugali at US Cultural Fete

PHOTOS:Kidero’s Range Rover Clamped by Kanju Just Outside His Office