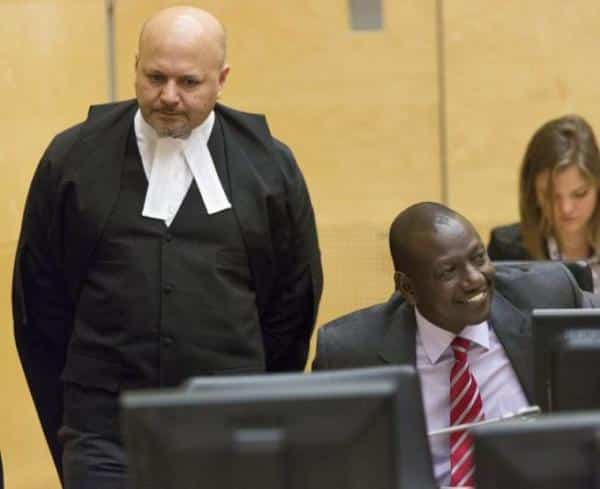 Kenya: The International Criminal Court (ICC) has dismissed claims that it is bowing to political pressure from the African Union following its decision to allow Deputy President William Ruto not appear in person in some of his trial sessions at The Hague.

ICC Spokesman Fadi El-Abdallah said the recent decision by the three-Judge bench was not by any way based on ‘political threats’ by the AU to pull out of the Rome Statute.

“ICC Judges only consider the merits of an application and cannot be swayed by political declarations. ICC proceedings are purely a judicial process,” Fadi insisted.

On Tuesday last week, the Judges excused Ruto from being physically present in court continuously throughout his trial scheduled to commence September 10.

This was despite opposition from ICC Chief ProsecutorFatou Bensouda and the victims representative Wilfred Nderitu. But speaking to The Standard yesterday, Fadi maintained that even President Uhuru Kenyatta still has a chance to make a similar application to be excused from continuous presence in court.

“Kenyatta did not make a similar application. But he can still apply before his trial kicks off,” he clarified after a consultative meeting with journalists in Nairobi yesterday.

The Trial against President Uhuru is scheduled to begin on November 12. Fadi also said the Rome Statute does not afford any immunity based on official capacity arguing that Ruto’s request was simply granted to accommodate the demanding functions of his office as Deputy President.

“No one can be above the law simply because they won an election. The excusal was simply to accommodate the demanding functions of his office,” Fadi said.

He noted that Ruto’s excusal is not a first for the ICC since the same had been granted to Congolese Rebel Jean-Pierre Bemba.

He however, noted that the decision by the Trial Judges is not final since Bensouda has indicated that she intends to appeal the ruling. Ruto and Uhuru are facing criminal charges over the 2007/8 post-poll chaos.-standardmedia.co.ke